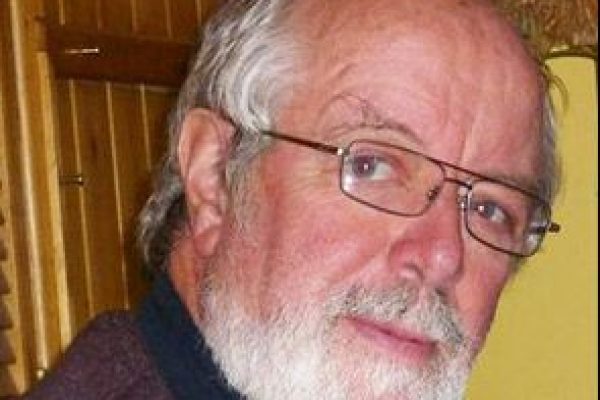 John Fowler is a former Penguin News Editor and Falkland Islands Tourist Board Director. He lived in Stanley during the Falklands War. He has retired in France but frequently returns to the Islands.

The selective amnesia of successive Argentine governments never ceases to amaze. Last week, during universal rejoicing in the Falklands that the eleven year-long demining campaign had finally come to a successful conclusion, the Argentine Government was complaining about it in Geneva. They were upset that though the de-mining campaign was carried out in “Argentine territory illegitimately occupied,” they had not been allowed to participate. This had prevented them from carrying out their obligations under the terms of the Geneva Anti-Personnel Mine Ban Convention,  Adding insult to the valiant efforts of the deminers over so many years, the release from the Argentine Foreign Ministry added, “for that same reason it has been impossible to verify the information made public by the British delegation, referred to the demining of the disputed zone.” What was not mentioned, oddly enough, was that the 25,000 or so anti-personnel and ant-tank mines destroyed in the Falklands, were laid by Argentina forces in 1982, a year about which they obviously have only very patchy recall.

In recent years, in my capacity as a journalist, I have attended many acts of remembrance in the Falklands. While all of these events are touching and thought provoking, nothing has moved me more than being able in 2018, and again in 2019, to witness the mixture of joy and grief on the faces of mostly elderly Argentine people – parents, sons, daughters and former colleagues in arms – as they were able to visit the graves of their loved ones, for the first time after so many years. It is worth saying also that rarely have I felt so proud of the Falkland Islands people and their government for putting aside the enmity of the past to make the huge efforts which went into making this humanitarian project and the visits which followed both possible and appropriately respectful

Even those of us who believe that Argentina’s claim of sovereignty over the Falklands is itself based on politically-inspired distortion and denial of historic facts may have been surprised and appalled by another recent example of this tendency. The news that two of the key members of the team involved in identifying previously unknown Argentine casualties of the 1982 Falklands war have been accepted as candidates for the Nobel Peace Prize in 2021 has been greeted with enthusiasm by most of the Argentine media, but brought an outpouring of vicious criticism in Agenda Malvinas, a nationalist web-site. The main source was a paper written by Adriana Castelanelli, described as a lawyer and Professor of International Public Law at the University of Mar del Plata.

The two people nominated for this prestigious award are Argentine ex-combatant Julio Aro and retired British Army Colonel Geoffrey Cardozo. In her paper, which she claims has support from many of her peers, Professor Castelanelli goes out of her way to question their motivation and calls the story which form the basis of their nomination “very far from the truth.”

Captain Cardozo, as he was in 1982, arrived in the Falklands immediately after the fighting stopped.  His initial responsibilities had been the post-conflict welfare of British troops, but soon, almost by chance, he had taken on the task of finding the dead Argentine soldiers and seeing to their “decent burial” as required by the Geneva Convention I met him for the first time during this period and was impressed by the conscientious manner in which he was tackling a difficult task.

In her paper Castelanelli asserts that Cardozo was ordered by Margaret Thatcher to deliberately hide the identity of the dead soldiers he dealt with and that the act of removing them from where they fell to the newly-created military cemetery near Goose Green not only made their identification more difficult, but was also in contravention of the Geneva Convention and “without the least observation of human rights.”

Castelanelli seems to believe that the Argentine combatants hastily retreating from various mountain battlefields had taken the time to bury their fallen comrades. In this activity, hampered by darkness, rocky ground and incoming bullets, Castelanelli no doubt believes they would have been supervised by their officers, despite the fact that many were conspicuous by their absence. In any case, she asserts, had the dead been left where they were supposedly buried, the name, surname and identity number of each one, would have been known, whether or not they had identity discs.

This vision of a gentlemanly kind of battle with due pauses for the retrieval and neat burial of the dead of both sides denies the reality of the kind of close-quarters fighting which took place. The lady may know a lot about international law, but clearly has spoken to no one involved in the battle for Goose Green or the final night-time battles in the hills around Stanley.After the battles were over, and with the defeated Argentine forces pouring into Stanley, their dead comrades were left where they had fallen, often in very difficult places to access. Cardozo himself had to be lowered into a minefield from a helicopter to collect the first dead soldier he had to deal with.

Once located, identification of the bodies was difficult because many of the dead did not have the “dog tags” or identification discs with which soldiers everywhere are routinely issued. My own conversations with Argentine ex-combatants have confirmed this extraordinary lapse. The cause may have been the haste with which recently recruited conscripts – some with as little as little as two months training – were shipped to the Islands. Anticipating that their families would one day want to discover where their loved ones were, Cardozo took photos and made detailed notes of anything found on their bodies which might later aid their identification. Additional notes were also written indelibly on the white inner body bag of the two in which each body was enclosed before being placed in a coffin.

A nineteen-year-old conscript in 1982 and now a physical education teacher in Mar del Plata, Julio Aro is also the founder of a welfare organization for veterans called ‘No me olvides’ (Don’t forget me). He has visited the Islands several times, including with student groups.

In 2012, Aro was invited to London by SAMA to study techniques for treating sufferers of post-traumatic stress disorder (PTSD). Not speaking English, by chance, he was given Geoffrey Cardozo as translator. Over a few beers in a London military club, Aro learned of Cardozo’s post-war role and explained the difficulty he was having in advancing the cause of the identification of the unknown soldiers. Later, when Aro was leaving to return to Argentina, Cardozo gave him a large envelope containing all the notes he had made and the photos he had taken.

This action of Cardozo’s provided Aro and his growing number of campaigners with much previously unavailable information and marked a turning point. Soon the investigation swelled to include the International Red Cross, the Argentine Forensic Anthropology team, Argentine ex-combatants’ organisations, and many others including the Families of the Fallen Commission, which now is responsible for the military cemetery. By 2017, the exhumation of the remains in the military cemetery was able to begin; The aim was to verify identities by match DNA samples taken from the war dead with samples collected from families all over Argentina.

After years of difficulty and delay during the years of the Kirchner government which PN chronicled in an article I wrote some years ago, it was the signing in 2016 of a new constructive understanding of cooperation between Argentina and the UK, which finally made a reality of Aro and Cardozo’s humanitarian dream. While much of it dealt with a resumption of cooperation over areas of common interest such as the exchange of fisheries data, an important section dealt with the identification of Argentine war dead in the Falklands. This, with the agreement of the Falkland Islands Government, allowed a forensic team organized under the auspices of the International Red Cross to begin its work at the military cemetery.

It is this letter of understanding, signed during the presidency of Macri and described by Castelanelli as “nefasto” (disastrous), which provides the motivation for her attack. Since coming back into power, the Peronists with Vice-President Kirchner in their vanguard have done everything in their power to dismantle the agreements reached. This has left the on-going identification campaign as pretty much the only part undemolished or attacked, until now.

Castelanelli claims that the inclusion in the letter of understanding of permission for the identification campaign to go ahead is there as a kind of hostage aimed at protecting from exclusion the other parts which advance British interests in Argentina. Presumably the need to seek British permission also, according to her, weakens the Argentine claim that the Islands are governed from Tierra del Fuego. (Just in case any of the Argentine readers of her paper may have forgotten the myth with which they have been force fed since childhood, she takes them briefly back to 1833 and the alleged ‘usurpation” of the Islands by the British) She ignores the part of the Falkland Islands Government in this, because to do otherwise would be to admit tis existence and legitimacy.

Castelanelli does, however, demonstrate her own skill as a weaver of unsubstantiated myth, when she further attests that far from being moved solely by humanitarian considerations Julio Aro was in the pay of the British Government,. In the paper published by Agenda Malvinas she claims that his No me olvides foundation received funds from a fund set up by Cardozo, which, in turn, was funded by the UK Government. To coin a phrase which is becoming all too drearily familiar, according to Castelanelli, the story of the crucial involvement of Aro and Cardozo in the identification of the unidentified Argentine soldiers was simply British-inspired ‘fake news.’

In order, presumably, to establish her own distance from the military junta which caused all this unnecessary mortality, Castelanelli  comes up with a statement that is breath-taking in its distortion of the sad truth:

“The fallen in the Malvinas have never in any sense been ‘unknown’ (in an attempt to equate them with the people ‘disappeared’ by the military between 1976 and 1983) because it was always known who they were and also they were declared heroes and have been recognized as such by their names appearing on war memorials throughout the length and breadth of the country.”

If this were the case, why could the Kirchner Government not provide a list of these dead heroes? Why was the search for their families left to individuals like Aro, and why, when some families were found in the further reaches of Argentina, were they still unaware even that their sons had been sent to war, never mind that they were missing?

There may be answers to these questions, which no doubt would bring shame on whichever individuals or organisations were responsible. This shame, I would suggest, could be no greater than that brought upon Argentina by the attempts of Castelanelli and Agenda Malvinas to besmirch and politicize one of the few humanitarian triumphs that their unhappy country has been involved in.