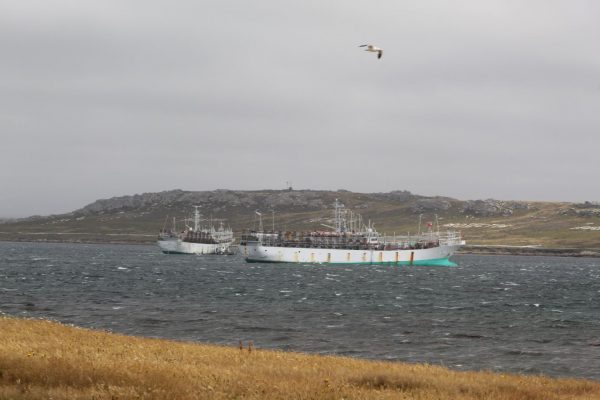 THE Coroner’s Court was in session on May 24 to look into the death of Ramdan Permana Assidiq, a 26 year old crewman who died on May 19 on board the Taiwanese vessel the FV Jih Da Yng. It was stated in court that tuberculosis was thought to be the cause of death.

On May 24 evidence was given by Coroner’s Officer Steven Bennett, who attended the vessel to receive the body of Mr Assidiq. Mr Bennett explained in the court he was shocked to see Mr Assidiq was “heavily emaciated” and he had never seen something like it – except on TV.

Asked by Her Majesty’s Coroner Sarah Whitby in what kind of TV footage he had seen such images Mr Bennett compared the body of Mr Assidiq to that of someone “from a concentration camp.”

Mr Bennett told the court the ship’s paperwork indicated Mr Assidiq had joined the ship with a weight of roughly 60kg, but he estimated a weight of 40kg on picking up the body of Mr Assidiq.

Mrs Whitby described the goals of the inquest were to answer four questions about the death of an individual: How, when, where and who; and that as of May 24 she had “answered three” of those questions. She explained that while this was a “natural causes death” this did not mean the court should not open an inquiry, “particularly when it’s a young man dying of something like chronic TB.” One of the concerns stated by the Coroner was the contagious nature of tuberculosis.

Following the evidence of Steven Bennett the Coroner’s Court adjourned to an undecided later date.
The Falkland Islands Fishing Companies Association commented they were “deeply saddened by the death of Mr Assidiq and that their thoughts were with his crew, friends and family.”