Uruguay fights off Covid-19 but may face greater battle 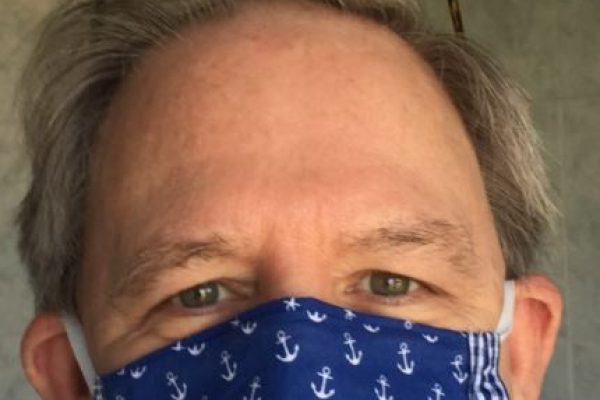 This week, the British government published a list of countries whose citizens may visit the UK without facing two weeks of Covid-19 quarantine. That list does not include a single mainland South American country, which at first glance is not surprising, because the disease has taken a dreadful toll on the continent.

But one South American country does deserve to be on the UK’s sweetheart list: Uruguay. The government in Montevideo has achieved something remarkable. By being very quick off the blocks with mass testing and a non-mandatory but very effective lock-down, “El Paisito”, as Uruguay is sometimes fondly known, is an oasis of health in a time of plague.

To date there have been 943 confirmed cases and just 28 deaths. Of course, every one of those is a tragedy. I am keenly aware of that because one of the early Covid-19 victims was from a family I know well. But currently, infections are hovering around single to double figures, a level which we in Europe can only dream of.

So, why are Uruguayans apparently not welcome in the UK, while citizens of, say, Spain, where the virus has recently surged, can fly in and out of London as they please?

It may just be that Uruguay and Britain have no direct air links. But also, the country is so little-known that very few would notice its omission.

Perhaps, though, the UK should acquaint itself better with El Paisito, because the country is showing the world how to take on Covid-19 and win.

Dr Jorge Stanham, who recently retired as Medical Director at the British Hospital in Montevideo, but continues to work with the British Embassy and, through them, the KEM Hospital in Stanley, told me that Covid-19 figures are remarkably low.

“Prior to a recent minor outbreak in Treinta y Tres, which was shamefully related to the sharing of mate [the bitter herbal drink so beloved of Uruguayans] by health care personnel, the number of daily cases had dropped to zero or one for nearly a week, and the number of active patients was 12. Now we’re in the 70s.”

The Treinta y Tres uptick has, however, been stamped on by a health system that has grown confident and efficient. And Uruguayans seem to appreciate that.

Sandra Shaw, who has been a friend since I lived with her family during my school days in Montevideo, said to me, “I am very, very thankful to be living in Uruguay at this moment. I am proud of the Uruguayans who are helping with the ‘ollas populares’ (free stews made for poorer people); those who are using old computers and spares to make ventilators, and are making face masks and swabs for testing.

“And did you hear that all the Uruguayans that got stuck abroad are being brought home? La verdad Graham, this government is doing a lot for its people.”

Uruguay does have some natural advantages. The first cases of the virus were identified on 12 March, and the source was traced to a small number of individuals who had travelled from Europe on a direct flight. But because of Uruguay’s paucity of European air links, this was a trickle of Covid-19 carriers rather than a flood.

Also to its advantage, Uruguay’s population is just under 3.5 million; tiny compared to the UK’s 67 million. On the other hand, about one third of that number is concentrated in Montevideo, and that large metropolis could very easily have become a disease-incubating hothouse.
Jorge Stanham suggested that newly-elected centrist President Luis Lacalle-Pou [known as LLP] and his ministers, can take a great deal of credit. They had been in power for just two weeks when the Covid-19 crisis began, but hit the ground running.

He even has praise for the preceding leftist government which did much to revitalise public medical services and then handed over to the new government with courtesy and cooperation.

“The government’s response to the pandemic has been exemplary,” said Jorge. “Actions were immediate. Mandatory quarantine was not resorted to, but the public responded favourably. LLP’s approval for the handling of the pandemic is around 70 per cent.”

He points to the introduction of a track-and-trace smartphone app as being a major achievement. While the UK has failed to introduce such an app, which could identify outbreaks before they expand out of control, Uruguay had an off-the-shelf system up and running in very short order. Hundreds of thousands have downloaded the app and it has made a difference.

“At this time, the pandemic is under control, but by no means over,” Jorge said. He is only too aware of the risk of contamination from Brazil, where the virus is rampant. Uruguay shares a long and porous land border with the country.

And there is risk from the south too, according to Jorge: “Across the River Plate, the (I hope) well-meaning President Alberto Fernández is trying to do a similar job but, as you already know as a Falklands national, governing Argentina is like herding cats.

“Argentina is approaching the peak of the first wave of the pandemic. Fortunately, our borders can only be crossed via bridges, ferries and air, which are all closed both ways.”

Both the Brazilian and Argentine risks may become more serious when summer comes around and the gorgeous beach resorts stretching east along the coast from Montevideo tempt visitors from both big neighbours.

This week there has been a warning of what could come. Buquebus, the ferry company which links Buenos Aires and Montevideo has not been carrying passengers normally for months, but when some Uruguayan citizens were repatriated using the service, four individuals were found to be carrying Covid-19.

Fortunately – more kudos for Uruguay here – the testing regime for arrivals is rigorous and they were picked up.

If the government’s efficient behaviour and the population’s willingness to play its part continues, then there is every reason to believe that Uruguay will avoid the horrors that we in Europe, particularly in Britain, Italy and Spain have seen. The impact on the economy, particularly the vital tourism industry is something else entirely.

Robert Mountford, who works in the tourism industry, told me about his fears. “It has been calculated that even when the country is through the worst, unemployment will be touching 20%, among a working population of about 1.5 million. And the economy may not be back to 2019 levels until 2023.

“The impact on tourism has been the worst of all. Travel agencies, airlines and hotels have furloughed 95 per cent of staff, and it is expected that companies will make most of those people redundant as soon as the furlough programme ends.

“Only four hotels in Montevideo are open. Most restaurants are closed, with those that are open operating a delivery service only. If the situation continues into the summer, many hotels, restaurants, and travel agencies will close their doors forever.

“Most of the airlines have been planning to relaunch in mid-August, but others have reprogrammed schedules for December. The government could decide to extend border closures until after the Columbus Day long weekend in October or perhaps until after Christmas and the New Year celebrations, because of the large numbers of Argentines and Brazilians who normally come at that time of the year.

“Many cruise lines have also been pushing back their relaunch dates. Some are scheduled to start operations again in mid-August, but others are delaying until October or November. But some, like Holland America Line, have informed they will not recommence until March 2021.”

It is a deeply worrying economic outlook. Uruguay has showed the world how to handle a potentially catastrophic health crisis. But it will almost certainly find the brewing economic crisis much harder to handle.
I believe, though, that there is something in the DNA of Uruguayan society that will help them get through this without political upheaval, great suffering and civil strife.

Sandra Shaw seems to personify the spirit: “The government has put many fiscal policies in place, giving many benefits, even housing, to people who live on the streets and those most directly affected,” she said. “It’s never enough but we are not a rich country.”

I think she alludes to something special. Uruguay is a country which cares for everyone to the best of its ability. Uniquely among South American countries, its standards of education and medical care are close to European norms. This ethos and spirit will stand the country in good stead. They are rather like a proud regiment that leaves no man behind.

“The solidarity of the majority of Uruguayans is astounding,” Sandra told me. “How am I feeling? No sé qué decir… just a little worried perhaps. But this will not last for ever.”