Farewell from a Deputy Editor 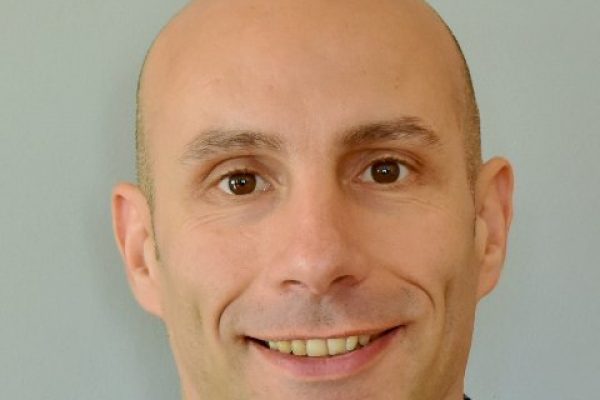 INEVITABLY, perhaps, I arrive at my last editorial taking stock of my time at Penguin News. I say my time here, but it has at times felt not so much like I’ve passed through Penguin News, but that it has passed through me like a horde of marauding Mongolian plainsmen.

I say that because it’s not a straightforward organisation to work in. One of the most striking things about PN is the sense of ownership that readers have over it, the place it has in the community; as much a part of Fridays as a bacon roll or a news-burying press release. It’s as if the paper is sometimes regarded in households as another family member, and I say that not to over-egg the paper’s importance, but to point out that, as is often the case in families, love and affection can be conditional, contradictory, and laced with rancour and resentment.

The first draft of this column was an exploration of some of those contradictions. To judge by the comments I’ve received over the last couple of weeks, some readers expected me to go out all Butch and Sundance, unleashing a curtain of lead and gunsmoke at all the individuals and organisations that make working for Penguin News such a challenge sometimes.

It’s not for lack of material that I choose not to, trust me.
But I have already touched on many of those contradictions here before and if I haven’t, it’s somewhat hypocritical (not to say cowardly) to rage against it the day I turn in my fedora and notebook.
Mostly though, that’s not how I wanted to remember my time at Penguin News.

I am loath to use the word privilege here, because every person leaving a job seems to blithely speak of what a privilege it has been to serve. But privilege is nonetheless the only word that fits to describe the openness with which some interviewees spoke to me. Whether they were talking about how they wept when they left their home to come to the Falklands, or what it felt like to finally buy the motorbike their late father had lusted after, it was a true privilege to be trusted to tell personal stories that, in some cases, had never been told.

That’s not to say that all interviews were fun, some were car crashes from start to finish. Interviews where, the moment the recorder went on, the subject clammed up so tight it made me wonder why they’d agreed to it in the first place. Others were the complete opposite, surprisingly so: when the PN’s advertising manager finally agreed to be interviewed about her cancer treatment, she ended it by apologising that she didn’t have “much to say.” I had to point out to her that she had spoken for the best part of an hour.

The thought of interviewing children and attending school events terrified me when I joined. I’m not what you’d call a natural with kids, I tend to over-correct and end up either patronising or confusing them (readers of my previous columns will relate). But as it was, I had nothing to worry about: kids, it turns out, speak clearly and literally of things they have done and achieved. Contrast and compare to the “work-is-ongoing” bullshit bingo that thrives in certain circles.

Even though it has only taken up a fraction of my time here, it’s difficult not to view the last two and a half years through the filter of Covid-19. If nothing else, it meant that I got to be a paperboy at 39: don’t give up on your dreams, kids.

I’m sure years from now everyone will have a story of where they were and what they did when the ‘rona lockdown started. For my part, I will remember how it snowballed at what seemed like warp-speed. Within the space of a week we went from a tense press conference to much of the population being sent home leaving offices, roads and cheese shelves empty.

I saw plenty of fear and confusion in that first week, but also moments of comedy and humanity: delivery drivers craning their necks and muttering curses as they tried to find the right number, old microwaves repurposed as delivery boxes, “stay safe” repeated like a mantra by voices all too close to cracking. That week Stanley belonged to the cats and the geese, and the rickety PN office was — genuinely — a privileged place to watch them lord it over us.

Pride is also an overused word in these situations, but if I had to choose one single source of pride from my spell at Penguin News, it’s the contribution the paper has made towards normalising conversations about mental health. I don’t take the credit for it, that belongs to the people who come forward and talk about it. Indeed, there have been times that I thought it too raw and uncomfortable, but then I guess that’s the point of printing it.
It’s a small contribution compared to the scale of the problem, and maybe smaller still in the face of the dated (and dangerous) “pull-yourself-together” attitude that still persists. But small or not, I’m proud to have worked for a paper that did not shy away from talking about it, however raw and uncomfortable it may have been.