Another Record-Breaking Cruise Season in the Falkland Islands 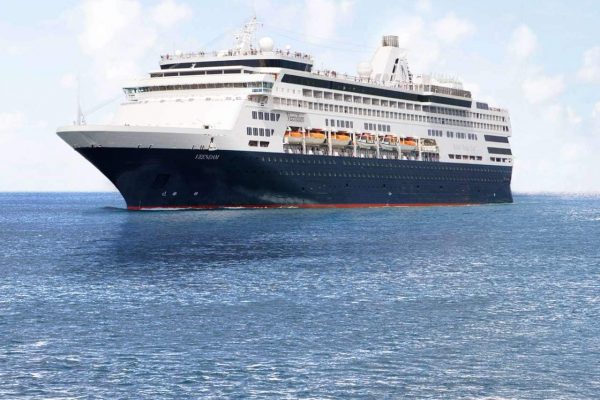 DESPITE being cut short by the COVID-19 pandemic, 2019-2020 proved to be a record-breaking cruise season in the Falkland Islands.  A total of 72,836 cruise passengers arrived in the Islands, up 16.5% on the previous season.

Stephanie Middleton, Executive Director of the Falkland Islands Tourist Board (FITB) said: “This was all against a background of considerable disruption with 29 cancellations, which could have added over 9,000 more passengers.  By comparison, there were only seven cancellations last season”.

Eight of the cancelled calls were due to the pandemic, with the others being a mix of operator problems and weather conditions.

Whilst the number of arrivals on non-expedition cruise vessels was up 13% to 55,905, it was the expedition market that grew significantly, up 30% to 16,931 passenger arrivals.

The USA remains the main market, accounting for 39% of all arrivals (up from 35% last season), with the UK being the second largest at 11%.  There were significant differences between the expedition and non-expedition markets.  The non-expedition market was dominated by passengers from the USA, UK and Canada, whilst the top three nationalities on expedition vessels were USA, Germany and the UK.

Ms Middleton added: “It is worth noting that the number of German cruisers is fast catching up the USA market on expedition vessels, whilst Australian, French and Swiss passengers are also significant.  The previously fast-growing Chinese market contracted significantly this season, dropping by 26%, whilst the Brazilian market grew by 33% and the number of Argentine nationals increased by 6%.”

Out in camp, the most visited destination was, once again, West Point Island, with 47 cruise ship visits, exactly the same as last season, accounting for 32% of all camp calls.  Saunders Island received 23% of all visits, Carcass Island 17%, and New Island 15%.

Each year FITB undertakes a Cruise Visitor Survey to measure expenditure and levels of satisfaction.  This season average the spend per cruise visitor fell slightly from £64.89 to £60.03, however due to the increase in visitors, total cruise spend hit a record £4.4 million, up from £4.1 million last season.

There were 1,650 leisure tourist arrivals in the Falkland Islands during the 2019-2020 season, up almost 7% on the previous year.  All the main markets performed well, with the exception of Argentina from which arrivals have almost halved in the last two seasons.

Executive Director of the Falkland Islands Tourist Board (FITB) Stephanie Middleton said: “we’re delighted with the strength of last season.  The last time visitor numbers surpassed this was in 2007-2008, when we celebrated the 25th anniversary of the Falklands Conflict.”

She added, “the results from our Air Visitor Survey show that total expenditure grew by over 12% in 2019 to £4.8 million, serviced room occupancy rates hit almost 50% over the year for the first time, FIGAS flew a record 3,255 leisure passenger trips, and we welcomed over 72,000 visitors into the Jetty Visitor Centre – 11% more than ever before”.

The economic significance of the sector is also rapidly expanding, with almost £18 million generated in direct visitor expenditure, taxes and other levies in 2019 from land-based and cruise visitors.  Full details of the season and results from the 2019 visitor surveys will be released at the end of June by FITB in their Annual Tourism Report.

Ms. Middleton concluded: “with the growth of land-based tourists and the record-breaking cruise visitor season, the Falkland Islands is showing its increasing popularity and importance as the gateway to the Antarctic, and a much sought-after destination in the Southern Atlantic region.”