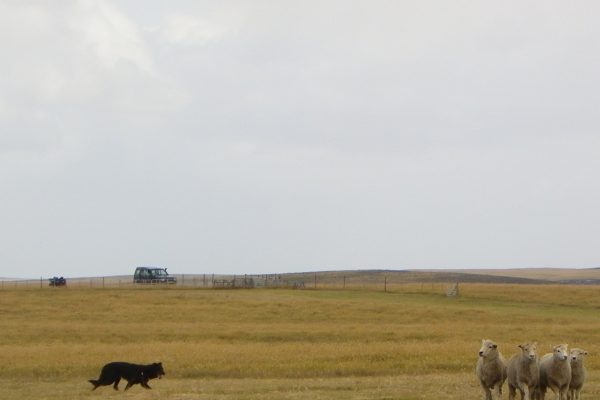 MLA Roger Spink this week described Sure’s delay in upgrading the rural phone and internet network as “unacceptable” and “unforgivable”.

The comments come as many rural residents this week took to social media to express their anger over the poor quality of the service.

MLA Spink told Penguin News that earlier this year he met with Sure Chief Operating Officer, Cyrille Joffre, and later wrote to him saying that the under-investment in the rural infrastructure and the unreliability of the rural system is one of the major issues that Sure has, and that it is very damaging to the company’s reputation.

MLA Spink said that the company responded by saying they are “accelerating the replacement of the rural internet and phone system,” though there have been delays due to Covid.

“It’s a major issue, a real issue, and the company needs to do something about it. It has been brought to their attention in lots of time; they’ve been told bluntly several times that it’s a real issue, that’s where they’re letting down their customers. They’re a company with an international reputation, one would hope that they would wish to uphold it by improving the lot for people out there.”

Asked whether Sure might be a bit more complacent here than anywhere else by virtue of the statutory monopoly, MLA Spink said: “I think they’d be foolish to be complacent. I think it’s a really big issue, it’s a really big issue for us as politicians, but it’s also a big issue for the Islands, and for the safety of people living out there in the camp [the Falklands name for the countryside], and for their wellbeing”

MLA Spink said that Sure have been genuinely held up by Covid, but stressed that the upgrade to the camp network is “desperately needed.”

He added that he sympathised with those people in Camp experiencing issues, saying “if it was me, I would be climbing up the walls. I have made the strongest representations possible to Sure to rectify things. To me, it’s unacceptable, the regularity with which people are having issues in Camp. For a company to allow that to continue to happen, when they have admitted the equipment is old and needs replacing is unforgivable.”

In a customer update released this month Sure said that the replacement of the camp network is the company’s focus “now and for the next few years.”

The company said that works started towards the end of 2019, and they had completed the replacement of all Multi Service Access Nodes (MSANs), the technology used to connect larger settlements.

Sure added that in early 2020 the company invested in a new system to replace the WiMAX system (the technology used to connect smaller settlements and households) but added that had been delayed due to Covid-19.

“We are now pleased to confirm that equipment that will enable us to replace three base stations has now been shipped, alongside equipment to replace 75 individual customer sites. This equipment is due to arrive in the coming months and will be installed in the largest base stations on East Falklands: Malo, Bombilla, and Mt Pleasant peak,” the company said in a customer update.

“We also have MSAN equipment and radio links due to arrive towards the end of this month, and these and will be installed at Chartres, New Island, Sea Lion Island, Onion Range, Sand Bay, and Mare Harbour enabling us to migrate additional customers from the existing WiMAX network and also releasing equipment for spares.”

A number of rural residents this week expressed their anger over the ongoing issues.

One described the internet service as “absolutely appalling”, adding “So frustrating trying to run a business and paying a fortune for a package which we can’t even use up because the service is failing miserably.”

Another rural resident reacted angrily to an announcement from Sure this week saying that a fault had been rectified: “services were not rectified today, services have been diabolical at best for the last week, including today, I am making the most of the three second window to send this post.”

Responding to these comments, MLA Spink urged customers to log faults with Sure and to inform the Regulator if it is not resolved, “in order to address any issues it is essential to have the full facts registered,” he said.
In his letter to Cyrille Joffre, MLA Spink also said that the Regulator would be looking into the terms under which customers are entitled to compensation from Sure, which, he said, he believes to be “too generous to Sure.”