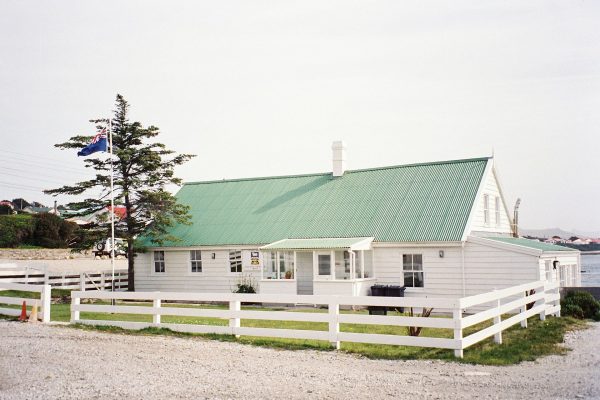 The first Executive Council meeting of 2021 was held on 27th January. MLAs Bragger, Edwards and Roberts were in attendance. MLA Ian Hansen is currently out of the Islands and MLA Edwards took his place for the meeting.

The next paper sought approval for additional capital funding of £2m over four years to begin to address the substantial backlog of repairs necessary at the King Edward Memorial Hospital (KEMH). A number of recent reports have highlighted that areas such as the electrical, water, ventilation and heating systems are inadequate and need attention. It was agreed that prioritisation of the necessary repairs will be made by the KEMH Working Group, which reports to the KEMH Redevelopment Programme Board. The matter was referred to the Standing Finance Committee and approved.

The National Accounts for 2018 and revised estimates that have been produced for previous periods were noted. Members also approved the publication of the Falkland Islands National Accounts 2009 to 2018. GDP in nominal terms for 2018 was £254.7 million, having increased by 15.7% compared to 2017, mainly driven by higher results in the fishing sector. Fishing and aquaculture was again the largest industry sector, accounting for 64% of GDP in nominal terms. GDP in real terms, which adjusts for the effects of price changes and exchange rate fluctuations, increased by 3.9% in 2018, driven primarily by the increase in fishing catch. Per capita GDP for 2018 was estimated to be £81.8k, while per capita GNI (which is calculated by adjusting for net foreign income and is a better reflection of income accruing to Falkland Islands resident individuals and companies) was £54.8k.

Members noted the progress made with the development of the Falkland Islands Environmental Strategy and the intended next steps. The strategy will be a key document that will guide the environmental priorities, policy creation and work of the FIG over a number of years. Members approved that stakeholder engagement and a period of public consultation take place.

The following paper was related to the regulation of foreign-flagged fishing vessels in Falkland waters. It was recommended that a phased implementation of related legislation to drive up safety standards of the foreign-flagged fishing fleet. Also recommended was the extension of the four
main international conventions that will allow FIG to properly exercise port state control obligations on the foreign fishing vessel fleet as well as three minor recommendations to improve safety and welfare by improving processes and procedures. Consultation has taken place with the fishing industry throughout the development of the ExCo paper. Members approved the recommendations of the paper.

A review of Post-16 options is currently being conducted by the Education Directorate. During this process a number of issues have been identified and a paper addressing these matters was considered. Members approved a number of changes across a number of different areas. There were several amendments agreed to the Further Education (FE) and Higher Education (HE) policies. These included making it mandatory that all FIG funded FE students have personal safety plans and that eligible FIG contract officers Post-16 children be incorporated into the Education Directorate’s support and safeguarding structures. Members also approved that FE funding be linked to education establishments having an Ofsted grade of good or above, except in very exceptional circumstances, for all applications from September 2021. Regarding the HE policy, it was agreed to clarify that the allowance provided is not intended to cover a HE students entire living costs and to include a mandatory safety plan. Other recommendations in the paper that were approved were for the creation of a Falklands Skills brand and for the creation of a post of Careers Assistant to provide greater career guidance for young people and to help address our current skills gaps. Funding for this post was referred to the Budget Select Committee for consideration.

It was agreed that the Environment Trust Bill be referred to a future meeting of the Legislative Assembly. The proposed legislation will allow for compensatory payments to be made by Premier Oil (and/or other contributors) and administered in line with the purposes of a new independent, statutory Trust. The Trust aims to support conservation, management and enhancement of the environment for the benefit of present and future generations of the Falkland Islands through activities that offset negative impacts and provide benefits to biodiversity.

The latest quarterly report on progress with the Legislation Programme was noted. Good progress has been made in the last quarter in a number of key areas. However, there is delay in over half of the policy to legislation projects, largely arising from policy development challenges.

A renewal of a Resident Permit was considered.

Two appeals against the refusal of work permits were considered.

Members approved the extension of contracts of employment on overseas terms beyond five years for two members of staff in the Education Department.

Next to be considered was a proposed response to a Public Accounts Committee (PAC) report on the FIDC financial statements for the year end 30th June 2019. An issue had been raised by Mazars LLP for several years regarding rental agreements not being in place or properly maintained. FIDC have now confirmed that all rental agreements are now being accurately recorded and internal controls have been put in place. The response will be submitted to a future meeting of the Legislative Assembly.

The following paper was also PAC related. Last year the PAC wrote to Members of the Legislative Assembly following a FIG internal audit follow-up report on social welfare. The PAC was concerned that a number of recommendations from the report were outstanding. Members approved the response to the PAC and this will be submitted to a future meeting of the Legislative Assembly.