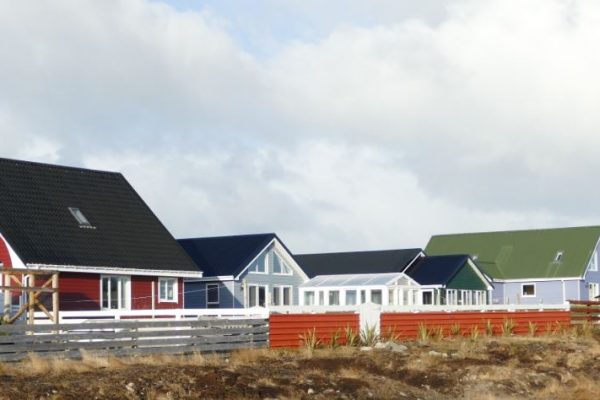 ALLOCATION of housing to the local housing pool was a key debate in Legislative Assembly on Thursday. MLA Roger Spink insisted to the Chair of the Housing Committee that it was for his Committee, to “come forward with proposals on allocations, to the MLAs.”

He said: “We voted money for a large number of new houses, and they have not been allocating new houses to the local pool. And that is up to the Housing Committee who should be coming back to members with their proposals.”

He questioned MLA Elsby about whether the committee had met and if yes, what work had been undertaken.

MLA Elsby said the committee had not met since the last sitting of the House adding that the terms of reference of the Housing Committee stated that its role was to allocate government housing in accordance with the Government’s housing allocation policies and principles. He said Executive Council agreed “this policy in 2006, and it stated that contract officers recruited from overseas have priority number one, and must be provided with government accommodation ahead of others. Priority two cases of Falkland residents with special needs, and priority three cases are other Falklands residence, who qualify for government housing.”

He assured that discussions “indeed have taken place on the committee as to how to better provide for local demand, but the need to house contractors ahead of local applicants has made this very difficult.”

He said when the Assembly came into being in November 2017 there were 151 housing units, allocated to contract officers, but with the approval of new posts by October 2018, it became necessary for FIG to rent properties from private landlords to meet contractor demand. This peaked at 19 properties but has since fallen.

Of the recently completed 14 houses, and four flats on Sapper Hill, three of the houses and all four of the flats have now been allocated to the local pool. He said that was approximately 40% of the total allocation, not going to the local pool. MLA Elsby added that there was funding approved for a further 40 houses within the Bennett’s Paddock development. The first 20 of those are expected to be available in early 2022, and the current proposal is a 50/50 split between the local and contract approved housing.

He said: “This will help provide a better balance of accommodation between the local and contractor pools, any new contractor posts approved will need allocated housing, and this must always be considered when agreeing a new post.”

MLA Elsby was also invited to give a breakdown of housing assets (2017-2020) which he did from the December 2017 record.

He added: “There were no private rentals being managed by PWD housing section at this time. But we are aware that there were a number of properties being rented directly by the Department of Health and Social Services for agency and local staff. FIG assets at this time were 306. In the three years since 2017 we have completed the construction of 14 houses and four flats, one property on St. Mary’s Walk, and four flats on Brandon Road have been demolished. Gardeners Cottage has also been removed from the asset register and is in preparation for its sale, which is planned in February of this year. Sheltered Housing units are allocated by the Social Services Department, and three units are being used by the Department of Health for other non-housing needs.

“There are an additional three properties currently allocated to the local pool, which are undergoing long-term refurbishment. There are also 15 properties currently being rented from the private sector by PWD housing, which are either allocated to the contractor pool or being used for quarantine purposes at his time. The Department of Health and Social Services will have a number of direct rental properties for the agency staff and local use, and these are managed by the department themselves. Thus, there are presently a total of 333 housing assets, of which three are offline for refurbishment.”