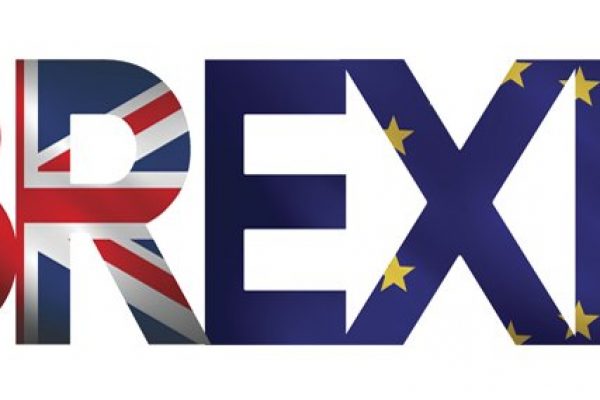 FALKLANDS European Union exports are now subject to tariffs due to the UK not obtaining an agreement on behalf of the Falklands in relation to Brexit. On Wednesday assembly members released an opinion piece that expressed disappointment and frustration.

The Falklands exports fish and meat to the EU and now anticipates tariffs of between 6 and 18% on seafood exports and an average tariff of 42% for meat exports to the EU.

The piece begins: “Firstly, it is important to put on record how disappointed and frustrated we are that the deal between the UK and the EU makes no provision for the Falkland Islands or the other Overseas Territories (OTs); as a result our EU exports are now subject to tariffs.”

The piece goes on to set out how MLAs have represented the interests of the fishing and farming sectors over the last four years “and what we will do now.”

It notes: “As an OT, we were never in a position to negotiate directly on our own behalf. Therefore, our first challenge was to get UK government officials to understand the impact that a no-deal Brexit would have on the Falkland Islands. We achieved this by engaging with local stakeholders and through the publication of three reports which we shared with the UK government. Following this, officials from the FCDO (Foreign and Commonwealth Development Office) came to visit the Islands in 2018 and held meetings with Falkland Islands Fishing Companies Association (FIFCA) Falkland Islands Meat Company (FIMCO) South Atlantic Environmental Research Institution (SAERI) Falklands Land Holdings (FLH) and Falklands Conservation, among others.”

It goes on to say additionally they sought to build wider support with members of the House of Commons and Lords, the European Parliament and the British public. “This included securing coverage on the BBC, in all the UK national newspapers, and a number of European news outlets. We wrote letters to every MP and Peer and held meetings with as many politicians as possible, including providing evidence to select committees in the House of Commons and Lords. A joint delegation to Brussels was also organised with FIFCA and meetings were held with UK, Irish, and Spanish MEPs.

“For two consecutive years, the FIG exhibition stand at both the Labour and Conservative party conferences focussed on Brexit and its impact on the Falklands. MLAs and officials also raised our concerns in countless meetings with FCDO officials, with our Minister, and at Joint Ministerial Councils. In addition to all of the above, through our membership of the UK Overseas Territories Association and the Overseas Countries and Territories Association, we worked collectively to set out the Brexit impact on OTs as a whole.”

So, what did all this achieve?

MLA say their engagement with MEPs resulted in the European Parliament adopting a resolution calling for a recognition of the Overseas Territories in any final deal. The UK government also concluded that, from a trade perspective, the Falkland Islands would be the most negatively impacted OT in the event that a deal could not be secured. The UK government raised the OTs in its main negotiations and, when the EU failed to engage, they narrowed their ask to the Falkland Islands and Tristan da Cunha. Eventually, EU negotiators made it clear that they did not have a mandate to negotiate on behalf of their own overseas countries and territories, and were therefore unwilling to discuss UKOTs.

According to the opinion piece, despite this setback the Falklands government continued to explore alternatives and the Falkland Islands Government Office in London was in regular contact with officials in London (FIGO) and the UK Embassy in Madrid; MLAs and officials in Stanley also had weekly telephone conferences with the FCDO. Throughout all of this FIGO continued to organise meetings with politicians and MLAs met with many MPs and peers from across the political spectrum, all of whom were willing to engage on the Falklands’ behalf.

The paper notes: “Special mention should also be made to Ian Ascough and his team at the FCDO in London who also intervened on behalf of the Islands and worked tirelessly to help us make our case.”

“With time running out, we developed a five-stage plan with an emphasis on the Prime Minister making a personal intervention to the EU on our behalf.  We communicated this plan to the UK Government and a number of meetings were held with key UK politicians, all of whom encouraged the Prime Minister to intervene on behalf of the Falklands. We even secured a question at the Prime Minister’s Question Time just before the Prime Minister set off to meet with the President of the European Commission.”

It was all in vain however, according to the opinion piece: “Unfortunately, despite our best and sustained efforts, the UK Government was unable to secure an agreement on our behalf. We would like to put on record our thanks to FIG officials, to the many UK politicians who championed our cause, and to FIFCA and FIMCo. Despite the challenging situation we find ourselves in, it is heartening to know that we have so many supporters who are willing to go out of their way to help us.”

So, where does the Falklands go from here?

According to the piece, “we will not be giving up. We do not accept that tariffs on our exports to the EU should be the new status quo. Our priority now is to ensure that no stone is left unturned in securing the removal of these tariffs at the earliest opportunity and we have already begun to engage with the UK Government to make this case.”

The agreement announced excludes any consideration of exports from The Falkland Islands to the EU.

Accordingly from 1 January 2021 our seafood products entering the EU will be subject to the Common External Tariff, of between six and eighteen percent.

There may also be other operational implications for the sector.

The impacts will be felt across the industry immediately and will have an instant impact on the overall profitability of all Falkland Islands Fishing Companies.

It is disappointing and concerning that the UK Government was unable to protect our position in the negotiations, despite the huge effort made over several years by The Falkland Islands Government, and the support of many politicians in Westminster and Brussels.

We are committed to working with The Falkland Islands Government to urgently seek a way forward with the objective of achieving the removal of the tariffs imposed at the earliest opportunity and we look forward to hearing from our government what actions they will be taking to mitigate the impact of this situation on the future prosperity of our industry.