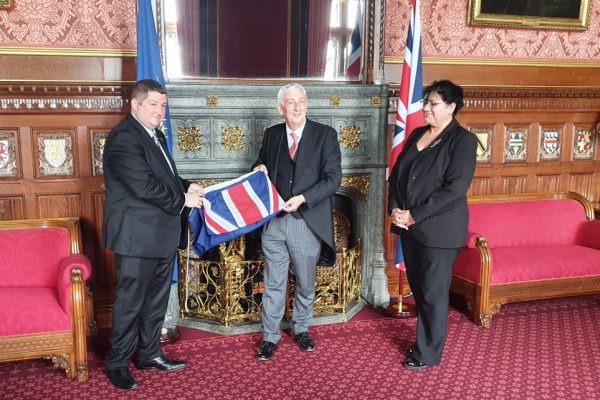 Chair of the Legislative Assembly, MLA Mark Pollard and Deputy Chair MLA Leona Roberts have arrived in New York in order to attend the main session of the Special Committee on Decolonization (C-24). 2021 marks the 60th anniversary of the establishment of C-24, which meets annually in June to review and consider the state of affairs in ‘Non-Self-Governing Territories’ and then make recommendations in the form of draft resolutions to the United Nations General Assembly. The committee also hears the views of representatives from these territories, as well as member states; MLA Pollard and MLA Roberts will deliver speeches to the committee on Thursday.

Speaking of their attendance at C-24, MLA Mark Pollard said: “It’s not only the committee which is shortly to reach a milestone anniversary, 2022 will be a huge year for the Falkland Islands as we reflect on the legacy of the war in 1982. We want people to remember that, just under 40 years ago, we were denied our basic and fundamental human rights when our home was invaded and people lost their lives in order to restore our freedom. The phrase ‘human rights’ appears seven times in the United Nation’s founding charter and, as the bastion for promoting and protecting those rights, we want the committee to be in no doubt that while the hot war ended on 14 June 1982, the cold war of words still continues.”

MLA Leona Roberts added: “We want to make clear to C-24 and to audiences around the world, that it is not enough either to sit silently by or support the continued attempts to suppress and subvert our right to self-determination. MLA Pollard and I are here to speak on behalf of nine generations of Falkland Islanders, to ask that people stop looking at our situation as a political hot potato and instead listen to what we have to say about our home, our history and more importantly our future. We have lived in the shadow of intimidation for long enough; the Argentine claim over our sovereignty needs to end now. Not next year, or in another ten years, but now.”

C-24 proceedings, including the delivery of both speeches, will be screened live on United Nations web TV, which is available online: http://webtv.un.org/