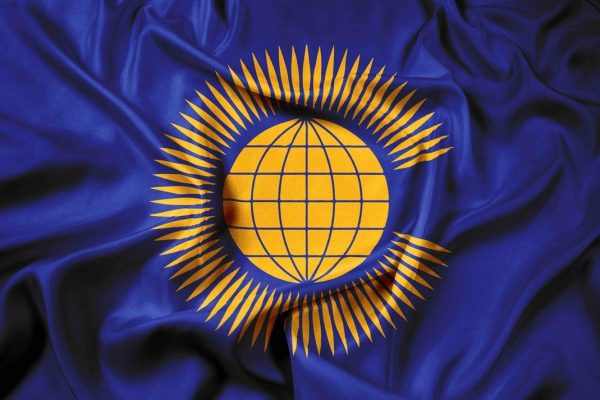 The tendency to stereotype victims of sexual abuse was the issue that drew the lengthiest discussion from delegates at this week’s Commonwealth Parliamentary Association (CPA) Women’s Conference.

Speaking in the second session, the Falklands’ first retained female firefighter and the conference’s youngest speaker, Vicky Collier, picked up the theme of ‘Combatting Stereotypes in Small Communities’. She concentrated on the Falklands culture of victim blaming, and the negative impact this has on those who suffer it. She outlined how reasons were often found to blame the young girls and to remove the responsibility from the perpetrator.
A worldwide problem, the issue drew a number of questions and comments from the audience and delegates.
The conference, hosted by the Falkland Islands, was opened on Tuesday by Deputy Speaker of the House Hon Claudette Prior MBE.
Delegates from around the world began arriving on Saturday on Latam and again late on Monday on the airbridge. Eminent members of the CPA flew in from Cyprus, Gibraltar, Guernsey, Jersey, Malta, Scotland, St Helena, England and Wales.
At Tuesday’s meeting held in the HarbourLights Cinema nine speakers were from the Falkland Islands and one from the visiting delegation.
The first plenary chaired by Hon Samantha Sacramento MP comprised speeches from Statute Law Commissioner Ros Cheek, Corporate Paralegal Krysteen Ormond and Public Accounts Committee Chair and farmer Nadia Knight. All three spoke on the subject of ‘Combatting Stereotypes in Small Communities’ and were very well received and diverse in style.
One delegate later commented that the speeches not only intelligently probed the subject but also taught them a great deal about the Falklands.
(Penguin News intends to cover the speeches in more detail next week when there is more space available.)
As the conference moved on, presentations were also given by Director of Natural Resources Dr Andrea Clausen, Miss Collier,  Community School Principal Christina Watson,  on Combatting Stereotypes and Building Roles in Small Communities in a session chaired by MLA Leona Roberts.
Finally, on the subject of Encouraging Women to Stand for Public Office, Chaired by MLA Teslyn Barkman, speeches were given by The Hon Joyce Watson AM (from the Welsh Assembly) former Member of Legislative Assembly Phyllis Rendell and Editor of Penguin News Lisa Watson.
The combatting stereotypes theme was chosen because women can face bias along multiple identity dimensions including gender, race, disability, sexual orientation, gender identity and age and it is felt by the  CPA that efforts should be focused on how to recognise and work to overcome conditioned stereotypes.
A theme that came out of the speeches was that Falkland Islands women were traditionally strong and enterprising and already breaking stereotypes. It was felt that because of the requirement for women to work either on the newly subdivided farms or in a town desperate for human resources, they did not face the same degree of bias that might occur in other countries in terms of employment.
However, the large pay gap was evidence the Falklands are not as equal as they might be and that there are many ‘top posts’ that have never had a female in situ and it was questioned why this was the case.
It is also a fact that the Legislature has never had more than three women at any one time. Presently there are only two. Approaches to bringing change to this situation were examined in terms of both nurturing the self-confidence to stand as a candidate and the usefulness of positive action.
Among many other positive comments made about the sessions that drew non-stop questions and statements from the audience afterwards one delegate said it was “the most engaging” women’s conference she had attended.
The visitors also had the opportunity to get to know more about the Falklands itself with a visit to Fitzroy Farm on Wednesday hosted by Gilberto Castro and Suzi Clarke.
The delegates were accompanied by the women of the Department of Agriculture and the group were able to view female shearer Michelle Amor shear sheep. The group were described as enthusiastic and hands-on and also enjoyed an Asado lunch with attendees from the farming community. They later attended a small service of Remembrance at the Welsh Guard Memorial conducted by Reverend Canon Kathy Biles.
On Thursday they were scheduled to visit a CPA Roadshow at the Falkland Islands Community School. Also on the schedule was a session entitled Mentoring of Women in Parliament by the Hon Samantha Sacramento MP along with speakers Roberta Blackman-Wood and Patricia Ferguson.
The group was also scheduled to visit Bluff Cove to see the penguins.
The delegates comprised: Eleni Mavrou MP (Cyprus),  Dr Eleni Theocharous former MEP (Cyprus) Hon Samantha Sacramento MP (Gibraltar) Deputy Rhian Tooley (Guernsey),  Deputy Michelle Le Clerc (Guernsey), Ms Christine Foster (Guernsey), Connetable Sadie Rennard (Jersey), Connetable Karen Shenton-Stone (Jersey), Lisa Hart (Jersey), Hon Claudette Buttigieg MP (Malta), Hon Roderick Galdes MP (Malta) Dr Stephanie Bonello (Malta), Margaret Mitchell MSP (Scotland), Hon Christine Scipio MLC (St Helena), Rt Hon Maria Miller MP (United Kingdom), Meg Hillier MP (UK) Joyce Watson AM (Wales) Rhianon Passmore AM (Wales). CPA staff  were Jon Davies, Helen Haywood and Seyi Afolabi.