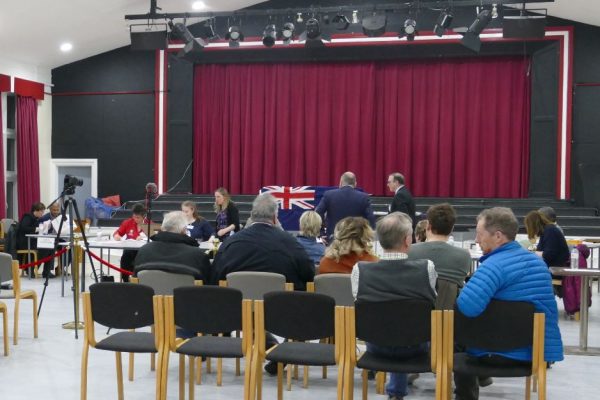 The referendum had a reasonably healthy turnout with 52%, probably higher than expected bearing in mind stories circulating beforehand that many people were considering not voting.

Voters could decide between the status quo, the Falklands retaining two constituencies, Stanley and Camp, or alternatively voting for it to become one single constituency.

Two constituency supporter and lobbyist Member of legislative Assembly Teslyn Barkman told Penguin News tonight she was relieved with the result: “The next general election is coming up fast and we need to ensure there are more people standing for Camp (and Stanley) and we are not just funneled into another of these [referendums] in a couple of years – and there are broader issues, what can we do about improving accountability – it shouldn’t just be only four years – and that people who are more representative of other backgrounds have a voice.”

MLA Roger Edwards, who lobbied for the single constituency commented: “That is why you have referendum and a democratic vote and I was absolutely delighted with the turnout in Camp and even in Stanley…. I am also delighted the referendum did take place after a long wait, it took a long time to get here… and we have clear mandate for where we are going forward and that is that we are not going for a single constituency for the term of this Assembly.”

This is the third referendum on this issue and all three have had the same result.