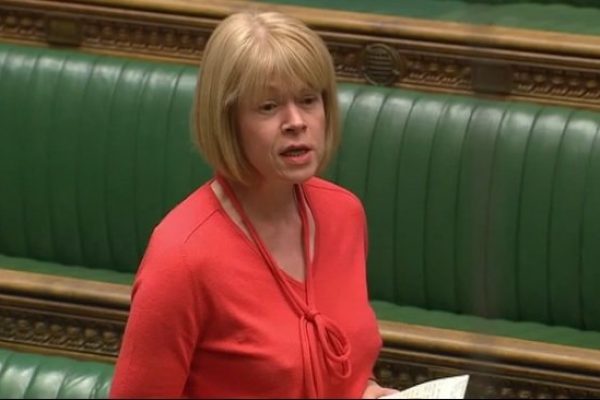 PARLIAMENTARY Under Secretary of State (Minister for European Neighbourhood and the Americas) Wendy Morton MP acting as observer delegate spoke on Wednesday at the General Assembly of the Organization of American States (OAS) in response to the speech made by the Argentine Foreign Minister Felipe Solá, in which he again claimed sovereignty over the Falkland Islands.

“Minister Morton spoke last night at the General Assembly of the Organization of American States (OAS) in response to the speech made by the Argentine Foreign Minister Felipe Solá, in which he again claimed sovereignty over the Falkland Islands.

“Minister Morton justly highlighted that the actions taken by the Government of Argentina over the course of the past year not only represent obstacles to the continued development of the Falkland Islands, but actively seek to hurt our nation and have served to increase the climate of mistrust and harmed bilateral relations between Argentina and the UK.

“For example, the Argentine Government’s refusal to share scientific data with Falkland Islands scientists could have a very significant, negative impact on the sustainability of fish stocks and is difficult to comprehend. As the whole world struggles to respond to the devastating impact of the Coronavirus pandemic it is disappointing that the Argentine government has blocked humanitarian flights from the Falklands to enable fishermen to return to their families in Peru and other countries in the region.

“This is in sharp contrast to the instrumental role that the Falkland Islands Government played in facilitating the DNA identification of unknown Argentine soldiers, a process that enabled 115 families to know where their loved ones lay. This process is one that we continue to support and, only last month, we indicated our approval for future exhumation of other graves.    The Argentine Foreign Minister, Felipe Solá, claims we are merely a colony of the United Kingdom but as Minister Morton replied, the UK government has stated repeatedly that the “wishes” of the Falkland Islands and our right to self-determination, as enshrined in the UN Charter and in article one of the two UN Covenants on human rights, is at heart of our relationship. We exercised our right of self-determination in 2013 when we held an internationally observed referendum on our future.

“94% of our electorate voted and, of those, 99.8% voted to remain a British Overseas territory. It is Argentina who seeks to colonise our country, by repeatedly claiming the Falkland Islands despite the clearly expressed wishes of our people. However, we are not and never will be an isolated enclave at the tip of South America – as our last census showed, we have a vibrant local community made up of people from more than 60 different nations, including people born in Argentina, who have chosen to make the Falkland Islands their home.

“We have strong historic and modern links with friendly countries in the region and, as we embark on a significant capital building programme, the Falkland Islands Government Representative based in Uruguay has actively reached out to companies in the region to become involved. We hope that members of the OAS who have heard the speeches today will appreciate why we believe our right to self-determination is irrefutable, fundamental and protected by the terms of the UN Charter. More importantly, we hope they will ask why the Argentine Government chooses to continue this rhetoric and increase sanctions against our country, when more important issues such as how the region responds to Covid-19, the climate emergency and poverty in their own country should properly be their focus at this time.”