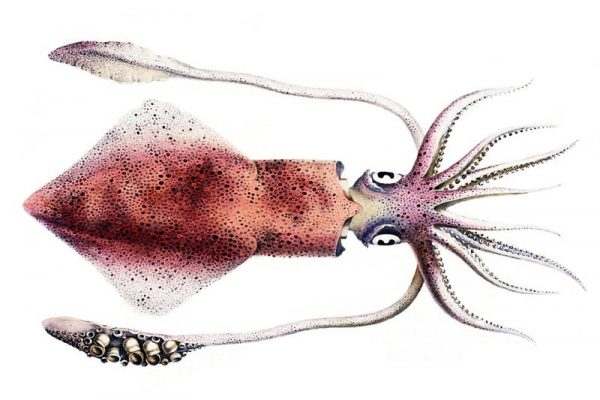 I REMEMBER once being taught in a lesson on the basic principles of hydraulics, “for every action, there’s an equal and opposite reaction”.

For some reason that just stuck, and over time became aware that was true in many aspects in everyday life.
A recent example of this was revealed in Penguin News dated May 7, 2021, surrounding the early closure of the Loligo Fishery. That could be described as an action, and the equal and opposite reaction would be the impacts of the early closure on the industry and the Islands’ economy as a whole.

For nearly 35 years, the fishing industry and Government via the Fisheries Department have worked in collaboration with one another to responsibly manage and sustainably fish what has become one of the most successful fisheries in the world. Industry and Government might not always have agreed with each other’s management approach or the methodology (and that’s healthy) but the goals of both have always been aligned. They are to ensure that what we do is sustainable, have a minimal impact on the environment and bio-diversity while keeping the Islands and its economy on a sound, viable footing.

No one would argue or suggest that the early closure wasn’t well intended or not done for the right reasons, but we’d be naïve to think that it wasn’t without its downsides and it is worth noting a few of those from a commercial and wider economic perspective.

You might speak to various operators within the fishery and you might encounter some mild, divided opinion over the matter. Some might say the smaller squid do/did have a commercial value and with such a huge biomass being left in the water,(circa 60,000 tonnes), what would have been the harm in being able to fish the season out; which was just three more days? After all, catches during those days would have amounted to circa 3000 tonnes, which would have still left an enormous biomass of over 55,000 tonnes in the water at the end of the season. (It’s worth noting here that the Fisheries Department conduct their scientific modelling on the basis of a 10,000-tonne escapement figure).

Industry would have had a reasonable point in that they perhaps could have been allowed to continue to fish to the end of the season with a very negligible impact on the remaining biomass. Some companies would have welcomed the opportunity of at least being able to make that kind of decision based on their own commercial merits.

That said, there might also be those within the sector that accept FIG’s decision in that it has been a good season and have already turned their attention to logistical arrangements, (mainly crewing matters) for season two starting in a few short months, hoping that with the remaining biomass that the next season will be just as successful as the first.
So, you can see, there might be a slight mix of views, depending who you speak to.

Where you would be likely to find unanimity on the topic is in relation to the very short notice of the closure and how it came about. Had the data that was used as a basis for the closure, (protection of smaller sized squid) been put together sooner, then it is very likely that more notice could have been given to the companies to plan for and make any adjustments to strategic and commercial decisions around when and where to take bunkers and tranship their product. Such decisions are made on a daily basis.

Commercial fishing is a hugely complex and competitive industry that operates 24 hours a day. It has to be now even more so than ever in times of Brexit and the potential for import tariffs on our products about to enter into the EU markets, (which is another story). The industry needs to do all it can to mitigate against increased financial burdens and continuously look at ways to keep their costs down.

So Industry might have understandably been frustrated by the fact that they were given around 30 hours’ notice of the closure as they had already made the decision to tranship prior to it with the aim of using their remaining days to re-fill their holds and return to Spain with a full cargo. This is standard practice and provides another means to help keep the cost bases down.

As an addition, there are times within a season where companies can effectively pause their operations and opt to take bad weather or maintenance days. Some companies might also have had late start days owing to them and with more notice of the closure, then perhaps different decisions might have been taken around the utilisation of these. The short notice meant that those days too were lost, costing the companies and FIG even more in lost revenue. It has been reported that as a consequence, some companies may have lost up to 9 days of fishing which is a significant amount when you consider the season is only 60 days or so long.

These unintended consequences have created huge inefficiencies and has cost at least one company in the region of €400,000 as they have had to return to Spain with their hold less than half full. If you spread that over the entire fleet, then the loss to the industry and wider economy through its drop in tax take is likely to be in the millions. This at a time when FIG needs the revenue the most with such an ambitious long-term capital infrastructure programme.

Finally, the severe impacts of Covid-19 on the fishing industry cannot be ignored or understated. It has presented huge logistical challenges and additional financial burdens. Companies have had to fish without full compliments of crews, and haven’t been able to fly in much needed technical support they rely on. Hundreds of thousands of pounds of extra money has been spent on crew hotel accommodation, extra flights, quarantine arrangements, wages, tests, PPE, the list goes on and on, and some say that had the season been allowed to run the last three days, the opportunity was there to recoup some of those losses and better prepare them for the same levels of spend in June/July and the second season of 2021.

None of this has affected the way that Industry and FIG work together towards shared goals, but it is worth making people aware of the principles behind actions and equal and opposite reactions.