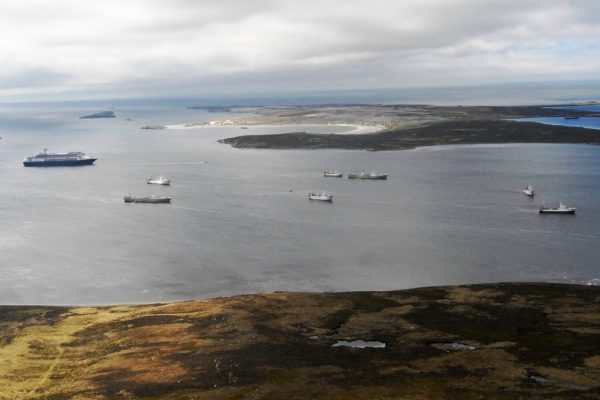 “In excess of 90% of our Seafood products are exported to the EU market, representing over 40% of the Falklands GDP and up to 60% of public revenues. There are no comparable market alternatives.

“Unless there is a significant change in the attitude of the UK Government regarding the position of our access to the market in the Brexit negotiations now reaching a conclusion, our seafood industry faces tariffs of between six and eighteen percent in a few weeks’ time.”

He added: “This level of imposed costs will significantly undermine the commercial and economic position of the majority of our seafood companies, probably forcing some into a loss-making position in some years and certainly impacting severely on the performance of the sector over many years.

“The reduction in corporation tax on its own, without considering other indirect contributions to our economy will be considerable and will impact every aspect of life here.

“The potential scale of the impact on our companies and our economy can accurately be described as unique.

“We have arrived at this situation despite the very best efforts of the Falkland Islands Government, which we applaud and are grateful for.

“However, we understand that these efforts have unfortunately been in vain and the evidence is that the UK negotiating team and senior UK politicians are not pressing our interests in the final negotiations, neither in the negotiations themselves or in the margins.”

“We believe the personal involvement of the Prime Minister is necessary at this late stage, bearing in mind the unique scale of the impact of likely tariffs on our economy, at an appropriately high level on both sides.

“If the intervention is still unsuccessful it is critically important that the tariffs imposed as a consequence of the Brexit conclusion are lifted at the earliest opportunity and that our specific interests are included in subsequent negotiations and preparatory discussions and agreed mandates in advance of such discussions.”

He said The UK Government could simply request talks focussed on the Falklands trade issues.

He added: “These options would also be relevant in the event of a ‘No Deal’ Brexit.

“As outlined above the potential impact of a ‘No Deal’, ‘Hard Brexit’ or a narrow deal which does not include consideration of our interests will result in a severe blow to the Falklands Seafood Sector and to the economy generally.  FIFCA express our appreciation for the work and commitment of our politicians and Officials and for the support from our friends and supporters in HMG and Opposition in the UK, and of course continue to support this work going forward.”