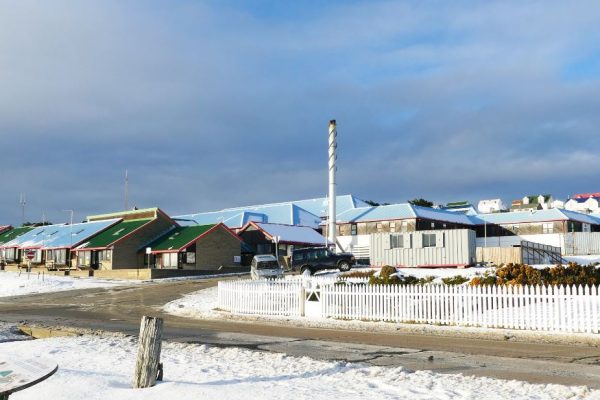 INFORMATION on abortion services provided by the King Edward Memorial Hospital (KEMH) was made public in a meeting of the Legislative Assembly on August 4 when MLA Leona Roberts asked a question of no notice of MLA Gavin Short.
It was asked that MLA Short, deputy on Health and Social Services, describe policy and practice related to provision of abortion services, both medical and elective, and “explain rationale behind the recent refusal to share this information when requested by local media” regarding the story in the July 29 issue of Penguin News titled: “KEMH refuse information on access to abortion services in Falklands.”
MLA Short, providing a written answer of his own – advised by the KEMH – stated he is aware “the subject of abortion is a very sensitive subject” and while his intention was to “give the subject the sensitivity it deserves” it was his intention “to be as frank as I possibly can be.”
MLA Short stated “the Falklands are pro-choice and do offer an abortion service.”
MLA Short explained his understanding: “medical termination of pregnancy can take place here in the Falklands, depending on whether it is deemed medically safe to do so.
“This has to take into account such factors as the general health, age etc of the person involved” and extended “up to nine weeks of pregnancy in most cases” rather than the limit in law of 24 weeks, which MLA Short explained to be “a maximum permitted time.”
The KEMH does not undertake medical terminations of pregnancy after nine weeks “due to the increased risk and complications, requiring surgical intervention.”
The KEMH does support women travelling overseas for terminations post-nine-weeks.
In this case the hospital would pay for the flight only, and provide an introductory letter for women to use for NHS referral or private care. The exception is for women under the age of 18, for whom a parent or other accompanying carer would be covered to fly with them.
MLA Short noted, “the latter service [of a flight being covered] is operated under a custom practice and is subject to certain restrictions such as immigration status.”
It was noted there was not a formal policy which MLA Short said was “something which Honourable Members may wish to address.”
It was raised also that the health professional must be “fully and completely satisfied, as stated by [Falklands] law, that the person wishes to proceed” and “is not, has not been, or is not being, coerced or pressurised by, for example, family or a partner to make a decision they may not wish to.”
MLA Short also reiterated that the advice of the KEMH was for women seeking help or support to contact the hospital regarding their sexual health and/or pregnancy, and that no explanation would be expected as to why they wished to speak to their health professional.
On the reason for not providing the information when asked by Penguin News, MLA Short explained “from conversation it is my belief that the perceived reluctance to go beyond their immediate response to the media query” was due to “the sensitivity of the subject; the feelings of those who had had a termination; the caution that making the subject high profile might deter some who would otherwise have availed themselves of the service; and the worry that if this became high profile it could lead to the KEMH healthcare professionals being targeted by those who hold contrary views to those who follow the policies as agreed” – which was a “lived experience only a few years ago,” MLA Short said.
MLA Roberts, acknowledging the response of MLA Short, said she had been “surprised and somewhat taken aback to see in the paper that the information was refused.”
She added that she did not “believe it should be treated different to any other [medical service]” and added “abortion is not something that anyone should feel stigma about” and “not a subject to only be discussed in hushed tones.”
MLA Roberts stated also “it does appear there is work to be done around formalising policy frameworks and, indeed, the funding of this service – which I have to say I believe should be on a par with other medical treatment overseas.”
It was expressed by MLAs Short, Roberts and Pollard that should any take issue with the pro-choice stance of government they should address this to the Legislative Assembly, and they would “urge them to talk to us and not lobby medical practitioners,” as stated by MLA Pollard.