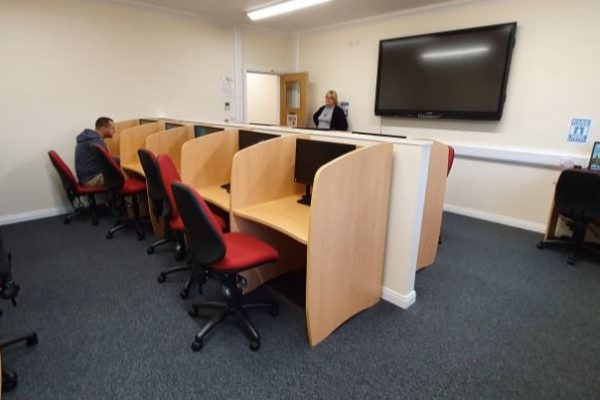 The Public Accounts Committee (PAC) published their report into the planning and construction of Falkland College on June 20, stating “there was a lack of clear vision for the project” and as such it “raises the need for simple measures of success of stated objectives for environmental infrastructure spending so that FIG can learn for future projects.”
At the launch of the report the Chair of the PAC, Andrew Newman, said, “There are lessons to be learned from both the good and the not so good aspects of capital spend, we hope to highlight issues of concern to the public in the spend of taxpayers’ money.”
The detailed report noted specifically that the scope of the project significantly expanded from an initial goal of refurbishing the Training Centre workshop, with a budget of £300,000. The project expanded then into an entirely new building, quoted at £1,278,068 – which after further changes of scope through ExCo and managerial decisions came to a final figure of “at least £2,083,781”, the report stated.
It was noted regarding this increase that “to some extent, this increase was because of changes made to the scope of the project after the quotation had been given.”
It states also that there was “an element involved of both direct and indirect costs being passed on via the MFL [Morrisons Falklands Limited]/RSK Partnership Agreement for additional workers having to be recruited from overseas to deal with delays to the work.”
The PC report notes also that “nearly seven years after the workshop had to be closed following the imposition of a City & Guilds sanction and more than six years after refurbishment was first approved, that work has still not been carried out and it has not been possible to carry out while the workshop has been in use for the Shield programme. Even then, there still appears to be a lack of transparency about the future of the workshop.”
The report of the committee stated considerations were made “in terms of whether it represented value for money, particularly looking at the economy, efficiency and effectiveness of [the] project” and “explored the management of the project and expenditure incurred” with a focus on planning, decisions taken, the tendering process, and oversight of works and project additions and variations.
A press statement from the PAC declared “The investigation concluded that there was a lack of clear vision for the project, thus the original cost estimates were unrealistic.”
The report added that the project is not “future proofed for expansion” and there was a “significant optimism bias when commissioned,” which the report described as “a concerning feature of other projects.”
The PAC report stated the government needs to recognise resource constraints such as sustainable workforce and availability of materials “to allow for realistic time scales and budgets.”
The report noted that “none of this is intended to detract from the evident success of Falkland College and the Library” as the library is “well used and well regarded” and the role of Falkland College has “vastly expanded from that of the former Training Centre” and is expected to “continue to evolve.”
Penguin News spoke to Manager of Falkland College Emma Brook, who said that the Falkland College team “are really pleased with the new College Building and Library facilities and the range of courses and services we can offer has grown because of this new building.”
She stated that “the decision to go for a separate building I still think was the right one” as a “wide variety of options to refurbish the shed we were in” were considered, but that workshop and classroom noise prevented exams being provided, and this was “unfixable in the original building.”
Mrs Brook stated that the success of the college could be measured in that “people using the College facilities has grown from under 200 in 2015 to over 3,000 today.”
In addition to this Mrs Brook said there is room for expansion at the current site, which was planned for a 30-year lifespan in terms of building capacity, through increasing the number of workstations in computer rooms and other classes.
Mrs Brook said there is a question of where the college could expand if it becomes necessary, “as the Library, which was a temporary fixture, has been made a permanent fixture of this site by this council.”
She added, “I believe this building has a long life ahead of it before we need to look at extending the building.”
“The heart of any college is giving people the chance to access the tools they need to expand their horizons. We are proud of how far we have come as a College and are looking forward to growing with the community,” Mrs Brook concluded.
Mr Newman, as PAC Chair, concluded “the government can choose to make improvements in future projects as a result of these successes or failures. The PAC has a clear remit to help provide sound governance and oversight for the people of the Falkland Islands.”