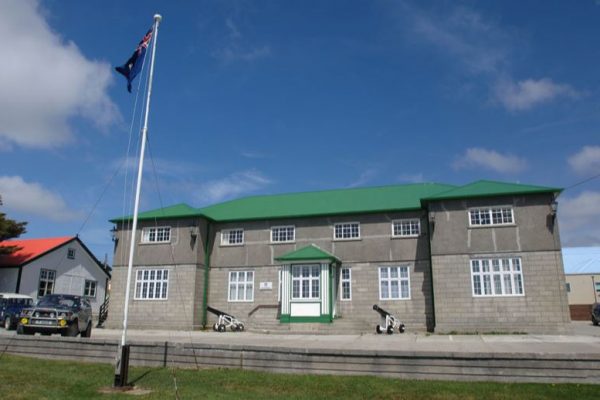 Executive Council has approved a new set of immigration regulations, relevant to anyone looking to apply for a permanent residence permit (PRP).
Under the new regulations, the points system used to assess a candidate’s suitability has been adjusted to encourage applications from young families.
Applicants are awarded points for various aspects of their lives in the Falkland Islands, such as employment, income and educational qualifications. A total of 50 points has to be achieved by an applicant and dependant, amended from the previous threshold of 54.
Among the key changes, the new legislation says that:
• While the principal applicant must still have been ordinarily resident in the Islands for three years, that person no longer needs to have stayed in the Falklands for all of the first six months.
• Dependants of the principal applicant must now also meet residency requirements
• Applicants must now undergo a health assessment, rather than provide a certificate. Immigration now has discretion to issue PRP, even if the applicant has “substantial healthcare needs”
• Applicants under the age of 16 must undergo an assessment of educational needs
• The period for a criminal record check is reduced from ten years to five years before the date of application for PRP
• No longer any need to notify applications in the Gazette and Penguin News
• Applications for PRP are to be considered monthly rather than quarterly
Further changes
There will also be changes in emphasis regarding the points system. For instance, educational qualifications were previously worth 10 or 15 points, but that has been reduced to five points, and only if relevant to employment.
Income had previously started at four points for those earning £12,000-£14,000, increasing up to 10 points for those earning over £24,000. 10 points will now be awarded for anyone earning £12,000-£25,000, with anyone earning over £25,000 getting 15 points.
There are further changes to areas including length of employment contract, relevant work experience, property, cash assets, residence period and the appearance of your job on the workforce shortage list.
MLA Stacy Bragger, currently sitting on Executive Council, said the regulations were the result of work, “carried out over almost eight years which has been refined to deliver an equitable and effective permanent residence permit system that supports economic development objectives and encourages a permanent settled population.
“The changes increase emphasis on previous employment experience and skills levels rather than on formal education and assets. Changes are made to how PRP is assessed, to the essential criteria required from applicants, to the points system and to the points schedule. Points will be awarded for those roles where a need for labour has been clearly identified and are included on a workforce shortage list, points will also be awarded where a substantial and sustained contribution to the local community has been identified.
“It was agreed that a review of the system will take place after two years to establish the impact of the legislation on the demographics of the Falkland Islands.”
This note of caution echoes the wording in the Executive Council paper, which says: “An aspect to consider in relation to an increased number of permanent residents is the impact on the funding of further education for children post-16 which is currently only available to those holding PRP and Status. It is considered that the benefits of a stable and settled population, securing the future productive capacity of the Falklands, outweigh this potential budgetary impact. This area will need to be considered in future long-term education budget planning.”