Honours for services to the Falklands 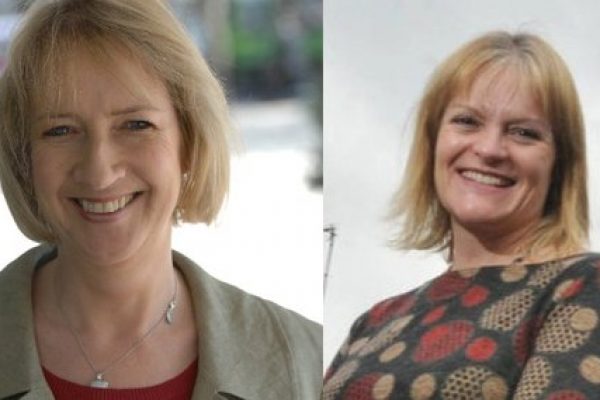 TWO Falklands women have been awarded OBEs in the Queen’s Birthday Honours List. Chief Medical Officer Dr Rebecca Edwards and former UK Representative of the Falkland Islands Government Sukey Cameron have each been awarded the title of Officers of the Most Excellent Order of the British Empire for the work which they have done for the Falklands.

Speaking to Penguin News, Dr Edwards said she wasn’t sure at first whether the honour was something which she was put forward for prior to work which had gone on surrounding the coronavirus pandemic, but later was later told that the honour was specifically for her work relating to the virus.

Dr Edwards said when she found out the award was for the coronavirus response she said she was almost uncomfortable. “I thought I’m not sure I particularly deserve this. The team around me is what makes the system work, and you’re only as good as the people around you. I’m very fortunate that the team at the KEMH are so outstanding.”

Dr Edwards said, in addition to offering congratulations to all of the KEMH team, that the Ministry of Defence deserved a mention, as the outbreak itself had been at the Mount Pleasant Complex and that the military had locked the virus down there.

She said: “None of the work I’ve done has been individual, it’s all been part of a massive team.”

Asked how she became aware of the award Dr Edwards said she received a call from the Governor about four weeks prior, and had been at first concerned that it was in regards to outstanding ExCo reports, but was then “disarmed” at being told that she was to be awarded the OBE.

Dr Edwards said then that she was further overwhelmed and humbled to hear that the award had been generated from within the community, and that those who had written the recommendation for the award had written directly to the Awards Committee in London, as opposed to Government House as it usually would be done.

Also awarded an OBE in this year’s Queens Birthday Honours was Sukey Cameron, former Falkland Islands Government Representative in London, who was awarded for her work of over thirty-six years.

Ms Cameron was previously awarded an MBE (Member of the Most Excellent Order of the British Empire) in 2002 for her contribution to the Islands, but with this award is now raised to the second class of appointment, OBE.

Speaking from her home in the UK Ms Cameron told Penguin News that she was made aware of her nomination at the beginning of June, and said it was, “a long time to keep her anticipation and excitement under wraps”, and that the receival of the award was, “the icing on the cake after last year, when everyone was so kind and there were so many lovely events marking my retirement from FIGO, which culminated in the MLAs presenting me with a beautiful picture,” painted by Richard Cockwell, and “that to get this as well has been absolutely amazing.”

Speaking more on her nomination Ms Cameron said she felt that it was a reflection on a good job done by all who she had worked with during her time in FIGO both in London and in Stanley, not just herself.

Speaking of her ongoing connection with the Falklands Ms Cameron said that as a trustee of The Falkland Islands Memorial Chapel Trust she would continue working closely with the other trustees, strive towards the next annual service, and would be hopefully visiting the Falklands again soon once travel is returned to normal, and until then would remain in touch with friends and former colleagues.

During Ms Cameron’s time as Falkland Islands Representative she encouraged the engagement of Westminster with the Falkland Islands, persuaded UK Government to think more about the effects of decisions on overseas territories, and maintained an up-to-date public profile of the Falklands.

When an individual receives an award such as an MBE or OBE, is Knighted, or receives an award for Gallantry & Distinguished Service in the Armed Forces or Emergency Services, then an investiture is held at a Royal residence. At an investiture, of which usually around 30 are held a year, the awarded individual will attend the Royal residence to receive their insignia from either the Queen herself, or a member of the Royal Family. Due to what Ms Cameron described as, “an enormous backlog” from the New Years Honours List she said that she was unsure what the process would be to receive her award.

Dr Edwards, on the same matter, said that she was offered to either have her investiture at Government House or to go to London and have it in one of the Royal residences. “That’s a once in a lifetime thing, so I’m afraid I said yes, I’d love to go to London and have the proper entire experience.” Though she said that she was aware that the Honours list was larger than usual, and so she was unsure of when this might happen. N Roberts