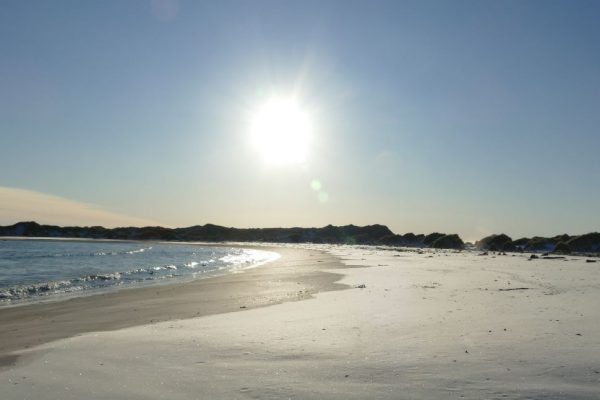 THE Falkland Islands community has been invited to take part in celebrations to mark the completion of the Islands-wide demining programme.

Activities will begin with an event to officially reopen Gypsy Cove/Yorke Bay on Saturday 14 November 2020. Yorke Bay is the final area of the Falkland Islands to officially be declared mine-free. The public is invited to assemble at the designated area at Gypsy Cove from 1pm, although the road will be closed from 1:50pm in preparation for a demolition at 2pm. Marshals will direct traffic as parking will be restricted and people are asked to share vehicles to prevent congestion at the site, there will also be a free shuttle bus for anyone requiring transport to and from the public jetty on the day.

The event will begin with speeches from the Deputy Governor Alex Mitham, MLA Leona Roberts, Adam Ainsworth (CEO of SafeLane) and Guy Marot on behalf of the Demining Programme Office. Once the speeches have concluded, things will literally proceed with a bang as the final landmines to be retrieved from the very last minefield clearance will be detonated. Following this, the fence to Gypsy Cove will be officially opened and everyone will be invited to walk down to the beach for the first time since 1982. The Deputy Harbourmaster will also be inviting local mariners to form a flotilla offshore, at a safe distance from the demolition area.

‘Reclaim the Beach’ is open to everyone and represents a huge achievement which follows decades of hard, unrelenting and courageous work by many people, both from overseas and within the community. Minefield signs have been a familiar sight in Stanley and Camp for over 38 years, with some members of the community having never known the Falklands without them. From November14 Falkland Islanders will once again be able to enjoy unrestricted access to every corner of our country.

Opportunities to press the button on the final detonation and to open the final fence will be available to everyone via a charitable raffle – the proceeds of which will be shared between five local youth groups. There will also be a celebratory event later that evening at the FIDF club open which will be open to all adults. More detailed information on the events, transportation arrangements and the raffle will be available shortly.