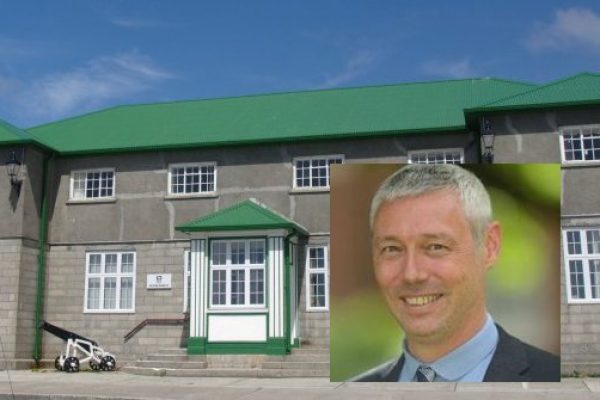 The appointment selection was made jointly between Members of the Legislative Assembly and the Governor of the Falkland Islands.

MLA Roger Edwards, Chair of the Legislative Assembly, said: “Andy has an incredibly strong track record in local government, having worked at Leicester City Council for well over a decade where he has had a range of senior leadership roles, including as the current Chief Operating Officer. His very extensive experience, coupled with his enthusiasm for the Islands, gives me great confidence that he will be a real asset to the Falkland Islands Government.”

Barry Rowland, Chief Executive, added: “I am pleased that we have been able to secure someone of Andy’s calibre. He is keen to build on this government’s existing programme and understands the ambitions and priorities for the continuing development of the Islands. I look forward to working alongside him on his arrival, to ensure a smooth transition as we navigate through unprecedented times.”

Speaking of his provisional appointment, Andy said: “I am absolutely delighted and thrilled to have been made a conditional offer to be the next Falkland Islands Government Chief Executive.  I do not underestimate the challenges ahead and I hope I can build on the good work of Barry Rowland and continue the pursuit of economic and social growth, and environmental sustainability for which the islands are so well regarded. To carry out this role will be an absolute privilege.

“My wife Anya and I are really looking forward to making our home in the Islands and becoming a part of this fantastic community. We are very impatient to meet the people who will become our new colleagues and friends, and to see for ourselves the outstanding beauty of the environment and wildlife for which the Islands are so famous. On a personal note I also look forward to my first pint of Falkland Islands beer. I would also like to thank all the Members of the Legislative Assembly and the Governor for putting their faith in me, I hope I can repay their confidence many times over.”

It is anticipated that Andy will assume the role of Chief Executive in April 2021; further details on his appointment and estimated arrival in the Islands will be provided in due course.