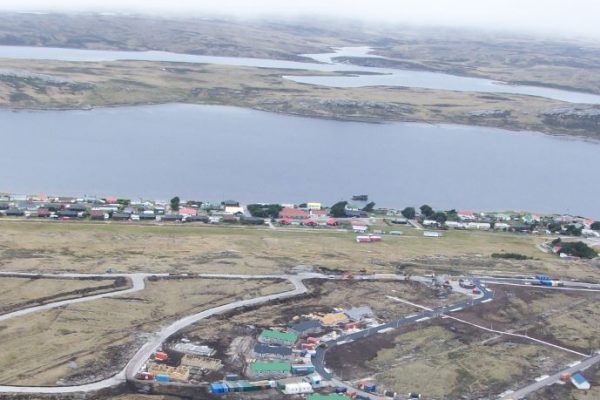 A POLL on the Penguin News website last week showed support for rental controls as a means to make rental housing more affordable. But are rental controls the only answer or are there other ways of boosting the rental market?

According to the 2016 census report the average monthly rental expenditure per household increased by 29% since 2012, from £415 per month to £534 per month. The census also showed that in 2016 almost 20% of households were paying more than £700 in accommodation costs, be they rental or mortgage. In addition, the report shows that in 2016 rental payments were, on average, 12% higher than mortgage payments.

The census points out that some households may have skewed the increases in average rents, and suggest that the median, the point above and below which 50% of all the values lie, “is a truer reflection of the expenditure on accommodation by households.”

The change in median expenditure was the same for mortgages as it was for rent: from £333 in 2012 to £475 in 2016. The census thus concludes that although the mean rental and mortgage payments may have been skewed by a minority of households, “half of all households [were in 2016] paying up to 42% more in rent or mortgage payments than they were four years [before].”

Furthermore, the fact that rent payments were 12% higher than mortgage repayments in 2016, indicated that, “while rent and mortgage payments have both risen considerably compared to previous census years, the cost of renting has risen higher at the top of the scale than it has for mortgages.”
More recent Government statistics provided to Penguin News by Gilbert House show that while FIG rent for a two-bedroom unit in 2019 was £450, the equivalent rent in the private sector ranged between £750 to £1000, with some larger houses costing up to £1800.

These figures have to be considered in the context of what can be considered a fair return, says Chair of the Chamber of Commerce, Mike Summers. Speaking to Penguin News this week, he argued that arguments surrounding rent controls have to bear in mind the cost of the investment in the first place: “What you really have to be cautious about in talking about house price, or house rental regulation, is whether you will drive people back out of the market. People will build and rent houses, and build to rent, if they can make a return that they regard as being a good return on capital employed. If they can’t make that return on capital employed, they won’t make that investment, they’ll just leave it in the stock exchange in the UK, or the building society.”

That, he argues, could have the unintended effect of less houses being built, thereby throttling supply and making the problem worse.
Mr Summers says there are ways in which the government could encourage more houses to be built for rental, including reviewing the commercial rate for plots aimed at rental builds, or a change in tax provisions, which, he argues, discriminate against new houses being built to rent against second-hand houses being bought to rent.

Asked whether such incentives could be seen as the taxpayer subsidising the construction sector, Mr Summers said that it was a risk if the money doesn’t flow to the renter. In such situations, he added, there may be an argument for some sort of rent control: “If you made it cheaper for someone to build houses, you wouldn’t want them still to maintain a high rent, the rent should reflect the cost of building the property.”

Mr Summers also questioned whether, despite certain instances of very high rents, there was evidence of these driving up rental costs across the board.

In any event, Mr Summers warns against considering such issues as a simple yes or no matter, and emphasises that evidence is key to avoid unintended consequences, all the more so in a housing market as unique as Stanley.

One builder/ developer who didn’t wish to be identified said the main obstacle is the bank borrowing system: “They don’t lend enough, but to be able to borrow, they take security over every asset you own privately or company wise, not just security specific to the company borrowing.”

That developer says current FIG policy doesn’t make it easy for developers to obtain land, despite the demand for rental properties: “For instance, if a plot is identified outline planning permission applied for, FIG will turn around and say the plot has to go to tender, you then end up paying way over the going rate just to secure it.

“Very rarely do FIG use the cost per square meter for a fixed plot price. The tendering system is a disadvantage, and unfair, as it costs too much before you start to put a house on it.”

MLA Barry Elsby, who holds the portfolio for housing, says Legislative Assembly will soon have completed work on a housing strategy. That strategy will look at how Government can help private companies to build more houses and flats, as well as how to bring long-term empty properties into use.

The strategy will also look to update the existing rental legislation, such as it is: The Landlords and tenant act of 1730 and Distress for Rent act of 1737 are the only applicable statutes. The updated legislation, says MLA Elsby, will not only look to “protect tenants from poor practices by landlords but also to protect landlords and ensure they get a reasonable return from their investment in housing stock.”

MLA Elsby believes that any update to the legislation should also include the concept of fair rent, much as is in place in England under the Rent Act of 1977. Under that act, the landlord or the tenant or both can apply to register a fair rent for a given property. In considering an application, a rent officer will take into account a number of factors, including: age, location, and state of repair of the dwelling; any furniture included in the tenancy and ‘comparables’, that is to say, recent registered rents of similar properties in the area.

In addition, the fair rent determination also incorporates a scarcity value designed to protect tenants from high rents where demand outstrips supply. Essentially, the scarcity value aims to ensure that a fair rent assessment is made on the same level as if there was no scarcity.

MLA Elsby said the housing strategy would be subject to a consultation, describing it as “an ideal opportunity for the views of all concerned to be heard.”

Penguin News is interested in hearing from the public and developers about your experiences with regard to renting private properties – are you concerned legislation will drive renters out of the market or is it a much needed move? Are you paying a fair price for your home? We are happy to publish your thoughts without names if you prefer.

In the Penguin News poll we asked Should the Falkland Islands Government impose rent controls on private landlords. 47 people said yes and 28 people said no.

Picture: A small part of the new Sapper Hill housing development to the south West of Stanley