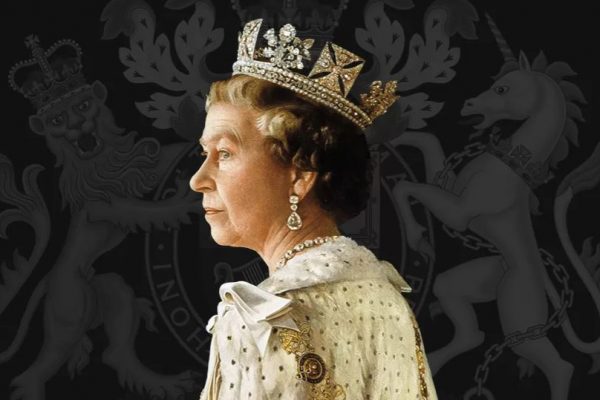 The Queen dedicated her life to the service of her country and its peoples and has been a much loved and respected figure across the globe. Throughout her reign she has strengthened relations between nations around the world, providing stability and unity across almost a century of change and uncertainty.

As Head of the Commonwealth Her Majesty presides over 54 independent countries and 14 Overseas Territories. During her reign she has travelled more widely than any other monarch, undertaking many historic overseas visits, many of these visits were to the Commonwealth.

A Royal Patron or President of over 600 charities, military associations, professional bodies and public service organisations, Her Majesty dedicated her life to helping others. Of her many passions in life horses and the preservation of wildlife and the environment were areas where The Queen was at her most happy.

The Queen ruled for longer than any other Monarch in British history, celebrating her Platinum Jubilee Sunday 5 June 2022. She devoted her life to her family, raising four children and welcoming grandchildren, and then great-grandchildren to the Royal Family.

MLA Roger Spink, Chair of the Legislative Assembly, expressed: “On behalf of the people of the Falkland Islands, we wish to express our heartfelt sympathies to the Royal family at this sorrowful time. We have a deep and lasting affection for Her Majesty The Queen, who on her twenty-first birthday declared ‘that my whole life whether it be long or short shall be devoted to your service’. Her Majesty did devote her life to the service of her country and the Falkland Islands were devoted to The Queen engaging with many of her celebrations. As Head of the Commonwealth Her Majesty has supported our Islands through many major events, including the invasion and subsequent Liberation of the Islands. The loss of The Queen will be felt deeply throughout our community, she will never be forgotten and I would like to again express my and those of the people of the Falklands heartfelt sympathies for the Royal Family.”

In tribute to Her Majesty Queen Elizabeth II, government buildings will fly their flags at half-mast. The Falkland Islands Government will observe a period of national mourning in respect of her passing and more information will be released in due course.