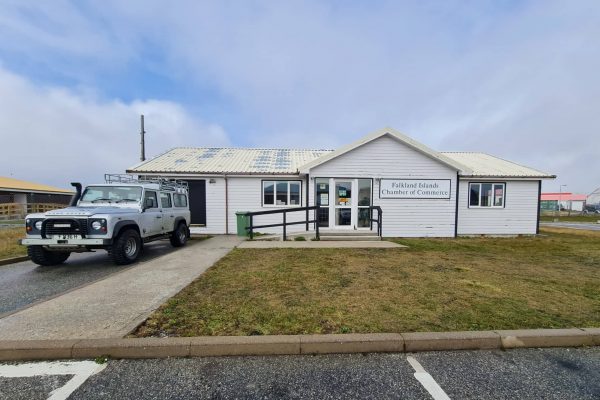 “THE last Assembly failed to deliver on the Islands Plan objective to create a long-term labour force strategy for the Islands, which is sorely lacking,” according to a document that has been released to 2021 election candidates by the Chamber of Commerce.

The purpose of the document is to help candidates understand what the business community will be looking for in candidates “and the issues we hope to see reflected in election manifestos and your commitments in the future.”

The document covers a host of issues but the labour force is one very important to Chamber of Commerce members, the Chamber’s Executive Secretary Lee Summers emphasised to Penguin News this week.

The paper notes: “The new government needs to quickly understand the issues surrounding labour capacity of the Islands, develop a strategy and commit to action in a short time frame.”

Lee said; “There was a set plan to have a fully formed labour strategy but it just didn’t materialise through the last Assembly.”

The Assembly hired Labour Force Development Specialist Balissa Greene to come to the Islands, undertake work and compile a report on the subject of a labour force. “It was earlier this year that report was released,” said Lee. “But obviously, we’ve come to the end of this Assembly, and no further work has been done.”

He felt the report was “a stepping stone to actually achieving a strategy. But we didn’t get one. Until we do we’re not going to progress with our labour force. There’s no guiding strategy. We don’t know what the end goal is. We really hope that when it comes in, we’ll be able to understand that and take it as a priority. That feeds into things like education and housing. And that’s why it’s the first issue on the list of priorities.”

Housing and land is high on the list of priorities too for the Chamber and no doubt for the man in the street. It notes; “The Islands need more housing than it currently has, resulting in rents rising swiftly. The government has a broad strategy for dealing with this lack of supply but we want to see candidates committing to prioritising actions that will directly increase this supply rather than implementing additional regulations that are likely to disincentivise development.”

Asked to expand on the latter concerns, Lee explained: “As you know there has recently been a housing strategy released. And within that it goes through a set of actions, some of which include plans for tighter regulations around rentals …. We would much prefer to see the supply encouraged so that we have greater supply than is necessary. That way prices begin to drop, rather than supply still being a problem.”

He explained that additional regulations being put in place would make it more difficult to increase that supply.

Lee added: “That’s generally the concern of our members – particularly in the construction sector and people who have properties to rent – that they’re going to find it more difficult to build, because they’re concentrating more on developing regulations than they are on actually freeing up access to land and the ability to build the accommodation that we need.”

The document also notes that there needs to be a method for the private sector to develop serviced plots on their own land at rates comparable to those FIG are able to provide them. “This will further encourage swift development and help reduce pressure on existing housing stock.

“A formalised commercial land sales policy is just as essential to our developing economy and has been sorely lacking. Developing this could incentivise development by making clear the costs of land at a glance.”

A hefty issue for Chamber members is, not surprisingly, committing to modernisation in finance.

Lee pointed out that the Falklands Government is, “probably the largest organisation on the islands but if you look at them and their payment policies, essentially all you have at the moment is local bank transfer for transferring funds over.”

He added: “Businesses in the islands are progressively moving to debit and credit card transactions and online payments and government doesn’t even for the most part, allow any credit or debit card transactions. So in order for everyone to move forward, the government has to start making that journey too.”