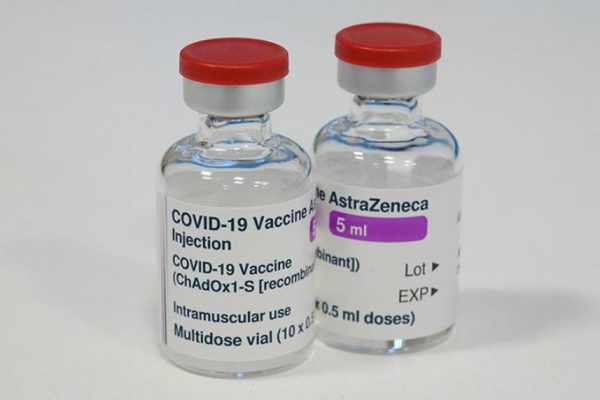 THE Falkland Islands Government has responded to media speculation concerning the Oxford/AstraZeneca vaccine and a possible link to blood clots, saying that the Medicines and Healthcare products Regulatory Authority (MHRA) has, “confirmed that the vaccine is safe, effective and has saved thousands of lives.”

It notes: “Today, the Joint Committee on Vaccination and Immunisation (JCVI) has confirmed that it recommends offering people aged 18-29 an alternative vaccine where available, however given the remote location of the Falkland Islands, the Oxford/AstraZeneca vaccine is the only one currently available here due to temperature travel and storage requirements.”

The statement from the Falklands Government said: “There is still no evidence that the jab causes blood clots and the benefits of the vaccine far outweigh the risks for the vast majority of adults.”
FIG noted that the JCVI has also confirmed that everyone who has already had a first dose of the Oxford/AstraZeneca vaccine should receive a second dose of the same brand, irrespective of age, and this will be the case in the Falkland Islands.

The statement continued: “Getting vaccinated is still the best way to prevent severe or fatal illness, as well as to protect the community at large, and the Falkland Islands Government continues to work closely with national UK health bodies to ensure that we are fully appraised of the latest evidence and information. Anyone who is concerned by the JCVI’s announcement is asked to contact KEMH, in confidence, for advice.”

As of Wednesday April 7, the Falklands Government had given first doses of the Oxford/AstraZeneca Covid-19 vaccine to 2,605 people, providing a first dose coverage for 93% of the population. 1,717 people have been fully immunised with their first and second doses, a coverage of 61%. The KEMH aim to provide the remaining second doses before the end of May 2021.

There have been six positive test results within the Islands

The Falkland Islands Government announced on Wednesday that these positive cases relate to the southbound flight which arrived in the Falkland Islands on March 31. A member of the crew became unwell on arrival and was confirmed as positive for Covid-19. Crew members are exempt from PCR testing prior to travel, however this individual had tested negative using a Lateral Flow Device before leaving the UK.

In line with Covid-19 protocol, the track and test system was implemented, and all Level 1 contacts were immediately put into isolation. Surveillance swabbing confirmed five of the individuals were also positive for Covid-19, bringing the total to six. All of these contacts will remain in isolation and will continue to be tested in accordance with government guidelines.