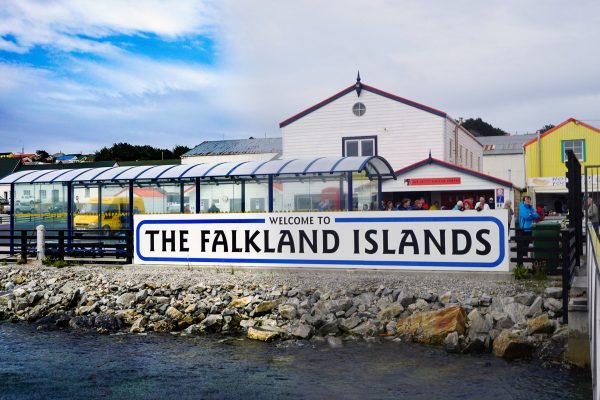 THE Falkland Islands Government has expressed “disappointment” in Argentina’s latest threats to the Islands.

In a statement today they note: “As countries around the world continue to battle with the devastating and multiple impacts of COVID-19, it is absolutely right that every global government firmly turns their focus towards protecting their people and bringing the virus under control. It is therefore disappointing to read of the Government of Argentina’s plans to use this particular point in time to announce their intent to escalate their claim over the sovereignty of the Falkland Islands, with a new ‘road map’ focused on three objectives, all of which aim to coerce, threaten and apply legal pressure to those who continue work together with our nation and who respect our right to self-determination.

“In June 2020, our elected representatives had intended to travel to the United Nations C-24, to once again make our case to remain a self-governing and freely democratic society, however the pandemic necessarily meant that these physical meetings were cancelled. We participate in this important platform both to champion our fundamental human right to self-determination, as ratified by the Charter of the United Nations, as well as to rebut any erroneous claims about our sovereignty, which come from a place of colonial ambition and which the C-24 actively seeks to address.”

MLA Barry Elsby, Deputy Leader of the Legislative Assembly, said: “We are a country which continues to build friendships with those who know how truly special our nation is and who appreciate that the right of our community to choose their own future is an undeniable and irrefutable truth. We continue to make our case on the international stage because there are so many falsehoods perpetuated by those who base their opinion on rhetoric and debunked assertions, without any reference to the people who have made the Falkland Islands what it is over many centuries. Despite not having the opportunity to contribute to C-24 this year, our convictions stand firm, and in light of the recent assertions made by Argentina, we choose not to engage with these directly at a time when we believe that all efforts should be focused on saving lives and not on scoring political points. We continue to express our solidarity to countries who are experiencing the devastation of COVID-19 and have already sought to contribute to recovery efforts in Chile and Uruguay.”

On August 5, 2020 The UN Committee on Decolonization adopted by consensus a resolution that reiterated the call to the UK and Argentina to negotiate to find a peaceful and definitive solution to the dispute over the Islands. The UK will not negotiate and says it is for the Islanders to decide their political status. This they did with a referendum in 2013 when they decided they wished to remain an Overseas Territory of the United Kingdom.

Mercopress reported this week that Argentina was planning to intensify its policy to claim sovereignty over the Falklands and other South Atlantic Islands with a road map that contemplated three immediate objectives, reinstate in the Organization of American States the claim, resurface the legal threat against oil companies operating in the South Atlantic (Falklands) waters and put pressure on the European Union so that a post-Brexit trade agreement with the UK did not include the Falklands in the list of Overseas Territories.

This was outlined in a column published in Argentine news agency Infobae by Martin Dinatale, a political reporter who had solid knowledge of Argentine foreign policy affairs and has a special penchant for South Atlantic issues.

Mercopress said according to Dinatale this impulse had been boosted by the recent unanimous approval in Argentine Congress of two of three bills considered pillars for this strategy, one of them the so called catch-all National Council of Affairs relative to the so called ‘Malvinas’ Islands, and the other extending the outer borders of Argentine continental shelf including the litigation area. To this must be added the passing by the UN Decolonization Committee, or C24, of a resolution calling on Argentina and UK to resume negotiations for a peaceful and definitive solution to the Falklands sovereignty controversy.

The website noted that the third bill still to be passed refers to significant increases in the fines, linked to the price of fuel– imposed on vessels caught fishing illegally in South Atlantic waters

Argentine Foreign minister Felipe Solá said that the so called recovery of full sovereignty exercise over the Falklands is a State policy and a strong feeling of the Argentine people, adding that “the strategy is on the right track”.

The C24 resolution was backed by all 29 members, and apparently some Caribbean and African members of the Commonwealth had to be convinced to back the proposal presented by Latin American countries in support of Argentina’s claim, which appeals to Resolution 2065 of the UN General Assembly..

More specifically on the road map, Argentine diplomacy is aware that in the OAS, although it will count with Latin American alignment, it will be meeting with the strong positions of Canada and the US. Argentina will, as in the years of ex president Cristina Kirchner, appeal to all other possible international fora.

Parallel to this, a letter was sent to the EU Commissioner Joseph Borrell requesting that the Falklands not be included in the post Brexit talks on a free trade accord with the UK. According to Dinatale “the idea was ‘endorsed’ by the EU and will insist to London not to contemplate the Falklands in the trade accord, since it was a territory in dispute”

Mercopress writes: ‘Regarding oil in Falklands’ waters the initiative is based on a 2015 criminal demand against companies operating in the area, which included impounding assets and locking up the heads of the companies if caught in Argentina.

‘Apparently the target is a consortium of companies in the process of contracting a semi submersible oil rig, operating to the north of the Falklands and which drilled at least six wells. The criminal demand was initiated against board members, managers and representatives from Rockhopper Exploration, Premier Oil, Falklands Oil & Gas Ltd, Noble Energy and Edison International SpA.’